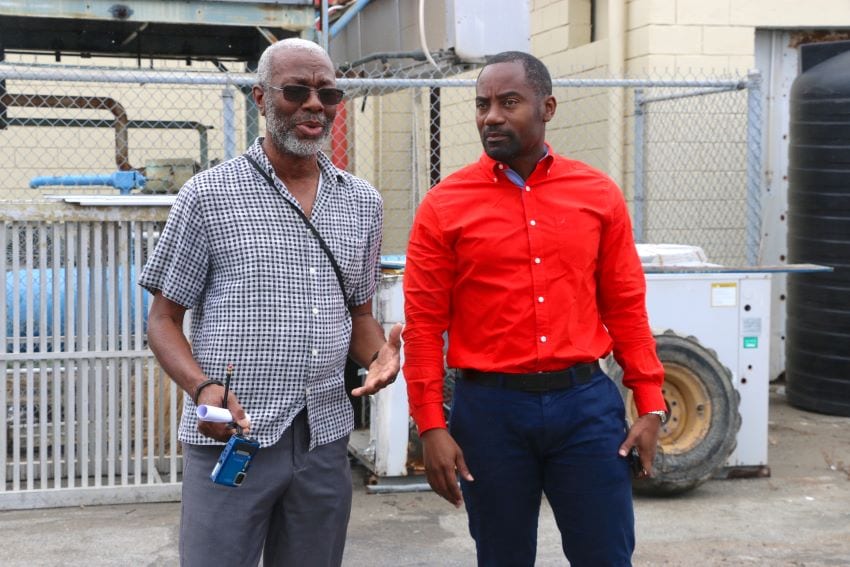 The ban on the importation of single-use plastics in Barbados has been “so far, so good”.

That is the assessment of Minister of Maritime Affairs and the Blue Economy, Kirk Humphrey, as he gave an update on day five of the ban on the importation of the products into Barbados.

“There will be teething problems. We are asking people to make a substantial change in the way they operate…. I struggle to not use a plastic bag,” he confessed.

Speaking to the media while observing the removal of derelict boats at the Bridgetown Fish Market today, Mr. Humphrey acknowledged that “it will be difficult”, but eventually Barbados would get to the point where, when people hold a cup in their hand it will either be a biodegradable or compostable one.

“I believe that so far so good. Most Barbadians are on board with it. Over the next three months you will see an intensification in our public relations, and I believe that when July 1 comes you will be educated as to what is, and what is not and by January 1, we would be in a position to have a more serious engagement on the plastic bags.”

However, he lamented the fact that people appeared to be just disposing of things as “though the country is a whole garbage bin”.

Mr. Humphrey disclosed that Minister of the Environment and National Beautification, Trevor Prescod, would soon be bringing legislation to “tighten up” the penalties as it relates to the disposal of garbage and littering the island.

He added that a wider educational programme for the country was also on the cards, because while a biodegradable container would return to its organic state, the process would still take weeks and the litter could result in flooding.