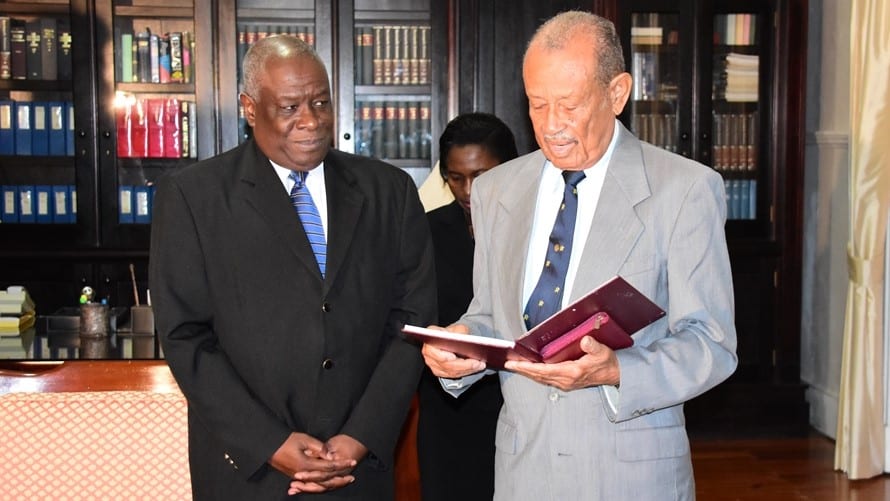 Former Cabinet Minister and Deputy Prime Minister, Sir Philip Marlowe Greaves, KA, QC, has been sworn in to act as Governor-General of Barbados.

Chief Justice, Sir Marston Gibson, administered the oath to Sir Philip during a brief ceremony just after midnight at Government House. Following the ceremony, Sir Philip pledged to do his best to carry out the duties of the office of Governor-General.

Sir Philip was first appointed as a Cabinet Minister in 1965 by then Premier of Barbados and National Hero, the Right Excellent Errol Walton Barrow. He is the only surviving member of the delegation chosen to go to England in 1966 to negotiate for Barbados’ Independence.

He retired from elective politics in 1994, and in 2009, he was conferred with Barbados’ highest honour, Knight of St. Andrew. Former Governor-General, Sir Elliott Belgrave, retired on Friday, June 30, after serving as Head of State since June 1, 2012.