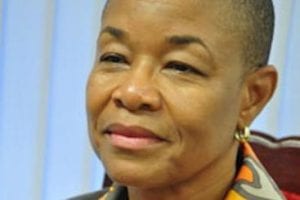 Sixteen senior public officers have been promoted to the post of Permanent Secretary.

This disclosure has come from Chief Personnel Officer, Gail Atkins, who said the promotions would take effect from Saturday, April 15.

Ms. Sandra Phillips and Ms. Yvette Goddard have been promoted to the post of Permanent Secretary in the Ministry of Housing, Lands and Rural Development and Office of the Attorney General, respectively. Ms. Atkins explained, however, that they will remain in Foreign Service duties until further notice.

The Chief Personnel Officer said the Personnel Administration Division was working assiduously to complete appointments for the next two levels, they being Deputy Permanent Secretary and Administrative Officer.