Small Ruminant Industry Can Be Profitable 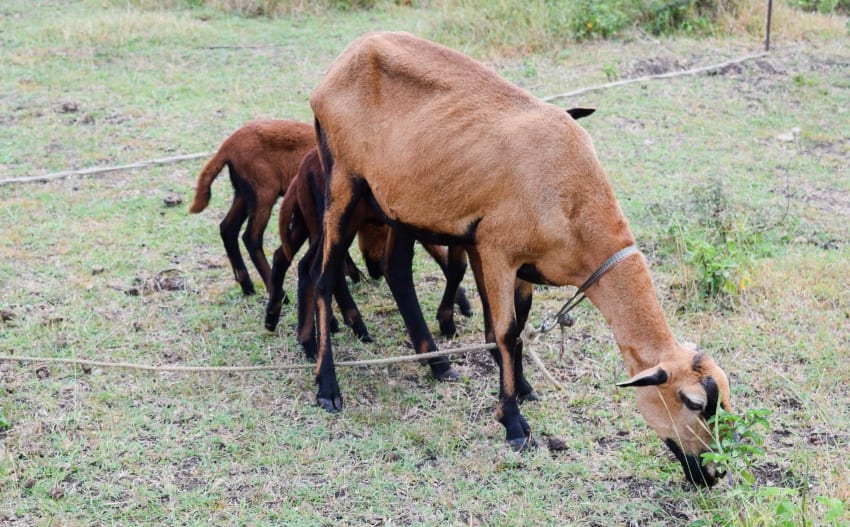 The development of the live-stock sub-sector, namely small ruminants, can be profitable for Barbados.

Minister of Agriculture and Food Security, Indar Weir, made this statement during his closing remarks at the Modern Small Ruminant Workshop on Wednesday.

According to the United States Department of Agriculture, small ruminants, such as sheep and goats, have an important place in livestock production as producers of meat, milk and fibre products, in addition to other uses, such as weed control and livestock shows.

“The only way we in the Caribbean can derive the greatest benefits from our small ruminants sub-sector is to embark on research and development,” Minister Weir stated.

He said, to this end, the Ministry had hired a consultant who is expected to present a policy paper on the small ruminants’ sub-sector, which should guide Barbados’ development in that area.

Mr. Weir also said that over the years, great interest had been shown in Barbados’ Black Belly Sheep, and this contributed to the animal being exported overseas.  However, he added that greater foreign exchange was received “by exporting the semen instead of the sheep”.

The Minister also disclosed that experiments were being carried out with various species of goats and rabbits at the Greenland Live Stock Station to determine the ones most suitable, and which would strive better in our climate, to get the best value added results.

Minister Weir thanked the Government of New Zealand for the grant of BDS $255, 5000, “which will be utilized to tackle two major constraints to the development of the small ruminants sub-sector; adequate nutrition and improved genetics”.

He said: “The retrofitting of the artificial insemination lab at Greenland and the installation of equipment for making various forms of local feed should go a long way in deducing the production cost of rearing small ruminants.”

The Minister also thanked the Inter-American Institute for Cooperation on Agriculture, the Caribbean Agricultural Research & Development Institute, and the Food and Agriculture Organization for sponsoring the workshop, as Barbados seeks to embark on a major paradigm shift in the management of the small ruminants sub-sector. He made an appeal for all hands to be on deck, to gain the greatest value added to be derived from the small ruminants sub-sector.

The workshop, which started on Monday, September 24, sought to help farmers gain a better understanding of developing and managing small ruminant farms, as they were able to tour the Greenland Agricultural Live Stock Station, and receive hands-on knowledge of the types of small ruminant housing, and information on small ruminant marketing and processing.

During the day’s closing exercises, those in attendance were given the opportunity to sample lamb sausages and burgers, and goat and rabbit burgers prepared by Carmeta’s of the Barbados Agriculture Development and Marketing Corporation. This was intended to help farmers see the potentially diverse products that could be derived from small ruminants.