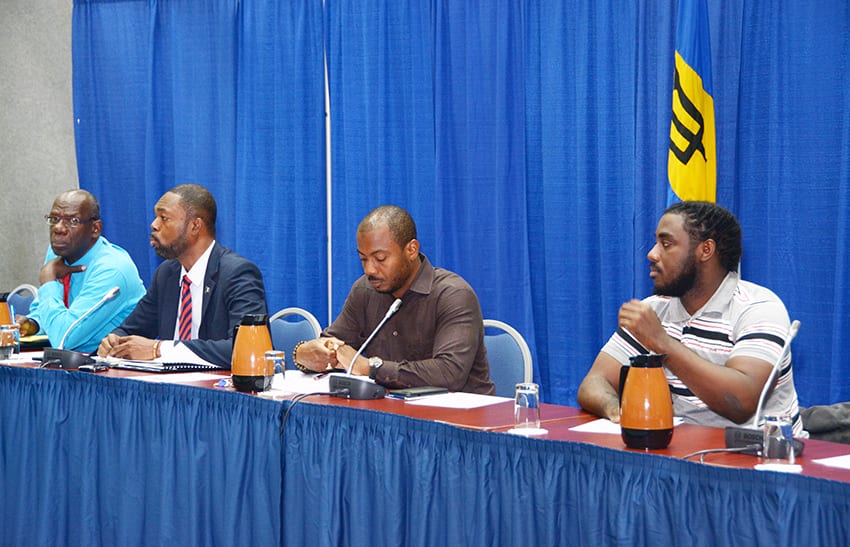 A new body has been launched in Barbados that will address concerns and issues put forward by several non-governmental and community-based organizations and civic society.

It is the Social Justice Committee, which falls under the aegis of the Ministry of Labour and Social Partnership Relations.

During a two-hour long meeting on Wednesday, at the Lloyd Erskine Sandiford Centre, members of this sector met with Minister Colin Jordan, and learnt about its aims and objectives and the framework and strategies that would support the committee’s efforts at tackling social issues.

Mr. Jordan, who is also chairman of the committee noted that it was always government’s intention to broaden the social partnership to include civil society, the church and others.  He also noted that it was “intended to be a vital organ in the construct of social dialogue in this country”, as well as the project of nation building.

Pointing out that the Social Justice Committee was approved by Cabinet in September 2018, the Minister stressed it could neither be a subset of the Social Partnership nor function in that manner.

Instead, he said, within its remit, the committee can refer matters to the social partnership and also report directly to Cabinet.  He disclosed that it is to report quarterly to Cabinet, and annually, at the end of the fiscal year.

The committee comprises 23 representatives who are expected to serve for two years, with their respective organizations having the right to determine further representation after this period.  In addition to the chair, the committee has as deputy chair, the Minister of People Empowerment and Elder Affairs, Cynthia Forde.

In welcoming those gathered, Minister Jordan said the time had come for other organizations to be involved in the tripartite mechanism of the Social Partnership, and discussing, in a meaningful forum, “issues that affect people”.

In accordance with the Terms of Reference, committee members will, in the coming months, be considering and making recommendations to government on issues of social justice directly or through the Social Partnership.

These include poverty alleviation; the role of the family in fostering cultural and societal norms and values; discrimination; access to education; integration of persons with disabilities; access to employment; safety and security; and the environment.