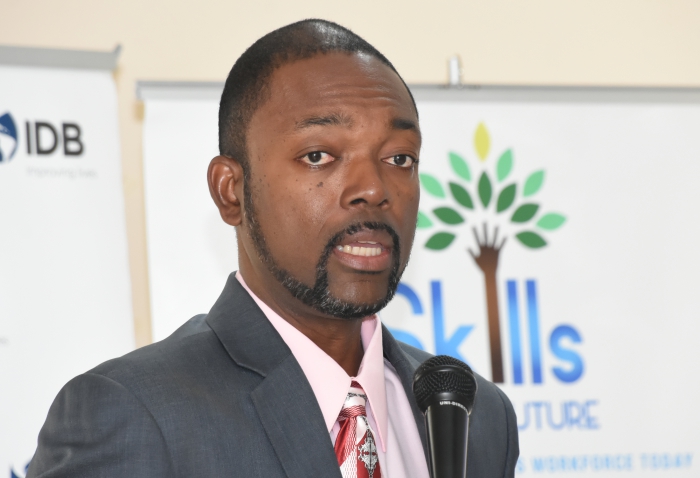 The show of support by the Social Partners at last Friday’s launch of two publications with respect to the island’s Employment Sexual Harassment (Prevention) Act, 2017, did not go unnoticed by Minister of Labour and Social Partnership Relations, Colin Jordan.

Addressing the event at the 3Ws Oval, The University of the West of the West Indies, Cave Hill Campus, the Minister deemed it “quite appropriate” that the launch was supported by the presence of representatives from the Social Partnership.

The launch was coordinated by IMPACT Justice and the Labour Department, the two entities responsible for preparing and producing the documents titled: Sexual Harassment in the Workplace – What you should know; and Model Workplace Policy Statement Against Sexual Harassment.

Pointing out that collectively we must do everything in our power to ensure that no form of harassment flourishes in Barbadian work organisations, Mr. Jordan stressed: “Your presence signifies the importance that is being given to this subject.  I say this because as a Government, we remain fully committed to the use of meaningful social dialogue as a tool to support the achievement of the goal of social justice and decent work for all persons.

“Our re-energised Social Partnership, as seen by the early successes in confronting the economic challenges that face our country, is important in achieving that goal.”

The Social Partners also heard that Cabinet had approved the establishment of a broader framework for consultation, called the Social Justice Committee and this would be shortly constituted to allow for further meetings, discussions and deliberations.