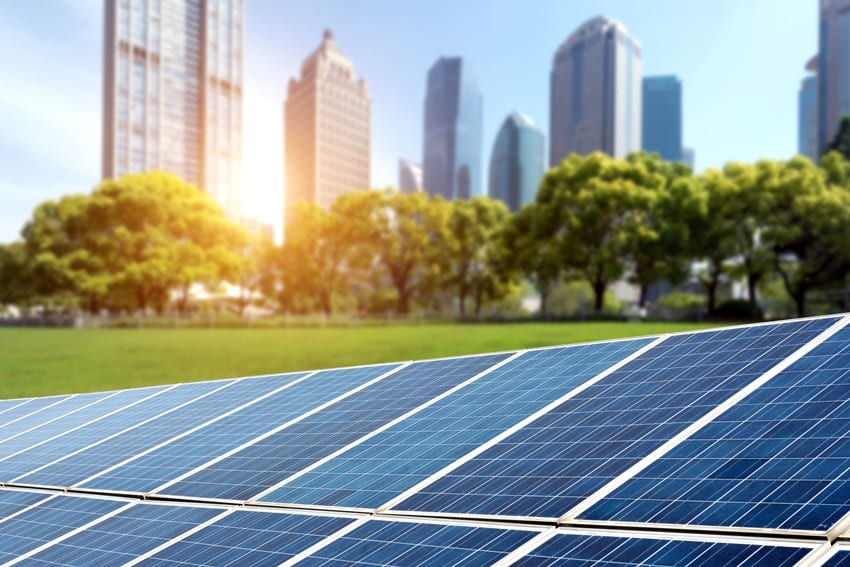 Forty community centres, polyclinics and other public buildings around the island are earmarked to be outfitted with solar photovoltaic systems. (Stock Photo)

By year-end, some 40 community centres, polyclinics and other public buildings around the island will be outfitted with solar photovoltaic systems.

News of this came from Minister with responsibility for Energy, Senator Darcy Boyce, yesterday, as he addressed a ceremony to mark the finale of the Flip the Switch competition at the Solar House, Queen’s Park.

The competition was initiated by the Division of Energy to promote public awareness of energy security issues in Barbados, including the impact of renewable energy on communities and career opportunities within the sector.

Senator Boyce noted that the development and promotion of alternative energy sources, as well as the utilisation of energy-efficient technologies, had been the focal point of Government’s sustainable energy policies over the last 10 years as it sought to reduce energy consumption.

“Barbados, like many small-island developing states, continues to be concerned about energy security and environmental sustainability, as well as the global price of oil, as the costs directly impact on our foreign exchange earnings,” he stated.

The Disaster Risk and Energy Access Management (DREAM) Project, he explained, was borne out of Government’s endeavour to continuously revamp its energy policies to meet current realities and also to concentrate on forging sustainable synergies.

One of the objectives of the project, according to the Energy Minister, was the installation of solar photovoltaic systems in public buildings for clean energy access, increased climate resilience and disaster risk management.

These facilities will provide energy security in the event of power outages as a result of a disaster, thus mitigating the risks associated with disasters, he explained.

Mr. Boyce also announced that Government, through the Division of Energy, had distributed and installed some 27,000 LED lights and over 1,000 inverter-driven air conditioning units at the Queen Elizabeth Hospital, the Geriatric Hospital, the Defence Force, as well as schools, polyclinics, police stations, post offices and fire stations across the island.

Additionally, 60,000 LED lights had been distributed to the general public, under its Energy Smart Fund Lighting Distribution Initiative, in an effort to reduce energy consumption in households.