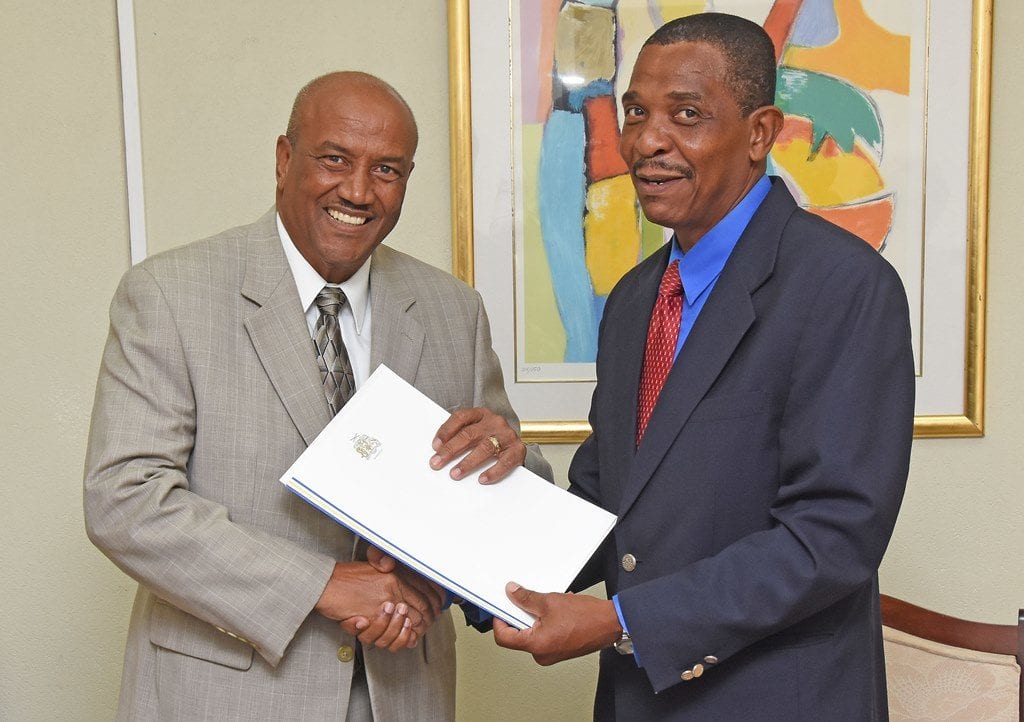 South Korea has a new Honorary Consul in Barbados.

Career diplomat and former United States (US) Ambassador to Barbados, Roland Bullen, received his Exequatur and Commission of Appointment earlier this week from Chief of Protocol, Philip St. Hill, at the Ministry of Foreign Affairs and Foreign Trade, Culloden Road, St. Michael.

During the brief ceremony, the Chief of Protocol welcomed Mr. Bullen to the Honorary Consul Corps, and noted that there were areas for cultural and economic cooperation which could be explored between the Governments of Barbados and South Korea.

The Honorary Consul in turn expressed gratitude for the opportunity to serve, while articulating the hope that his new role would further strengthen relations between the two countries.

Mr. Bullen is a retired Ambassador with a long and distinguished career in the US Diplomatic Service. He has served in diplomatic missions in the Caribbean, Central and South America, Africa, and Washington, D.C. Dean of the Honorary Consul Corps, Selwyn Smith; and the wife of the new Honorary Consul, Hilda Cox-Bullen, were also present at the presentation.