Spain Eager To Work With Barbados 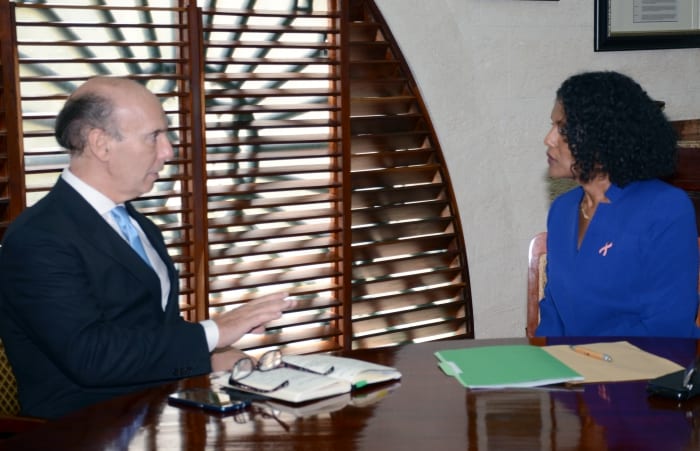 Barbados is eager to negotiate a Bilateral Investment Treaty with Spain.

This was communicated to Ambassador of the Kingdom of Spain, Javier María Carbajosa Sanchez, during a recent courtesy call with Acting Minister of Foreign Affairs and Foreign Trade, Senator Dr. Esther Byer Suckoo, in the Committee Room at Parliament.

Ambassador Carbajosa shared similar sentiments and told the Acting Minister that his country was equally interested in drafting bilateral agreements with Barbados.

Senator Byer Suckoo said Government was also keen on organising a cultural exchange to benefit the cultural industries in both countries. She added that Barbados was also interested in pursuing and exploring opportunities in the renewable energy sector, as the sector fell within the island’s “top three priorities”.

Mr. Carbajosa said Spain would be “more than happy” to lend their experience and knowledge of that sector, along with the tourism sector, as locals in Spain were always “eager and excited to visit new destinations”.