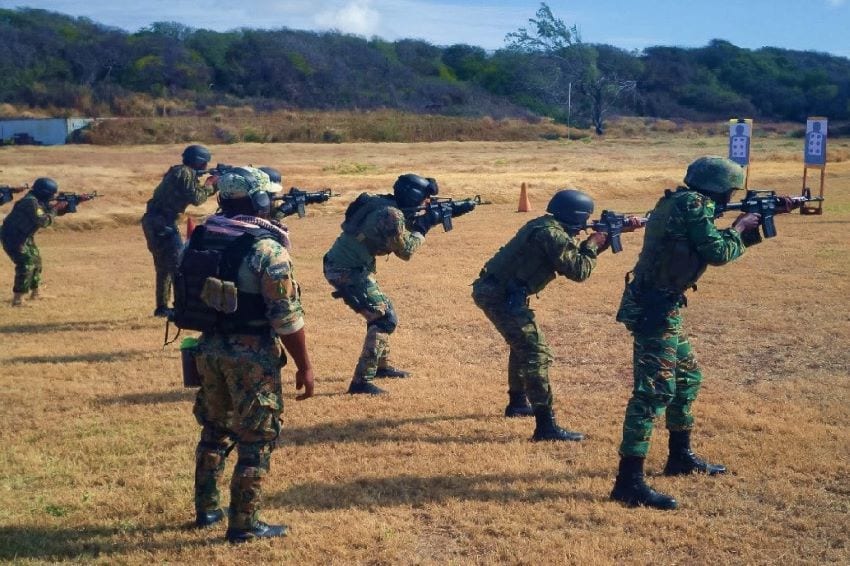 CSTC is one of the Jamaica Defence Force’s six Centres of Excellence that operate under the newly established Caribbean Military Academy in Kingston, Jamaica.

The course was geared at enhancing the proficiencies and knowledge-base of junior operators in tactics, techniques and procedures relevant to their daily domestic operations.

It also provided the framework for participants to further develop their critical thinking, problem solving, creativity, communication and collaboration skills enabling each operator to effectively and efficiently operate in the diverse contemporary operations environment.

There were 23 participants and five facilitators/directing staff from the Jamaica, Barbados, Belize, Guyana and Trinidad and Tobago Defence Forces.   This grouping allowed for the continued building of relationships between Caribbean military forces.

Opportunities were also created to expand relationships at the operational and tactical level of military operations through the sharing of experiences between the community of special forces operators.

Chief of Staff of the Barbados Defence Force, Colonel Glyne Grannum, who delivered closing remarks, congratulated the 23 Caribbean special operators, and urged them to continually strive to remain more than just average, and physically and mentally strong in their military proficiencies, as they face a range of complex future threats to their countries’ national security.