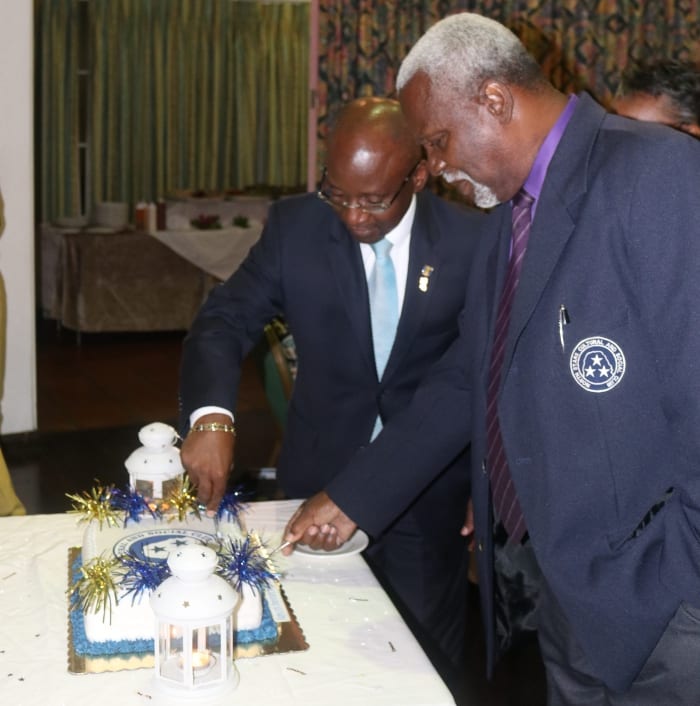 The North Stars Cultural and Social Club has come in for high praise from one Government Minister.

Speaking at the club’s recently-held Awards Dinner at the Almond Beach Village in St. Peter, Minister with responsibility for Sports, Stephen Lashley, lauded its members for their contribution to the development of their community.

“We need more organisations with the will and desire to assist in the development of their communities,” he remarked.

According to Mr. Lashley, both Government and the North Stars Club were of similar mind with regard to the development of sports in the community.

“This is why Government continues to invest in sports at all levels but particularly within our communities This important work being pursued by your club complements the work which the Ministry is doing in developing sports and the youth specifically,” he stated.

The Minister noted that there were several positives to be gained through sports, among them a reduction in crime and in the growth of chronic non-communicable diseases.

“Many of our youth are now recognising that sport, including cricket, can be a viable career choice if they put in the hard work and remain dedicated to the task. You must therefore feel extremely proud of your contribution in this regard,” he said.

Mr. Lashley also disclosed that the club was seeking to advance its reach through strategic collaborations.

“I am told that it is anticipated that in the near future, the North Stars Cultural and Social Club will be collaborating with a senior retired police officer to formalise the appropriate training sessions for the young persons in the surrounding communities as a way to curb deviant behaviour among the youth,” he revealed.

The North Stars Cultural and Social Club was established in March 1993, with the mandate to promote the educational, cultural and social life of its members and to provide service to the club and the community as a whole.