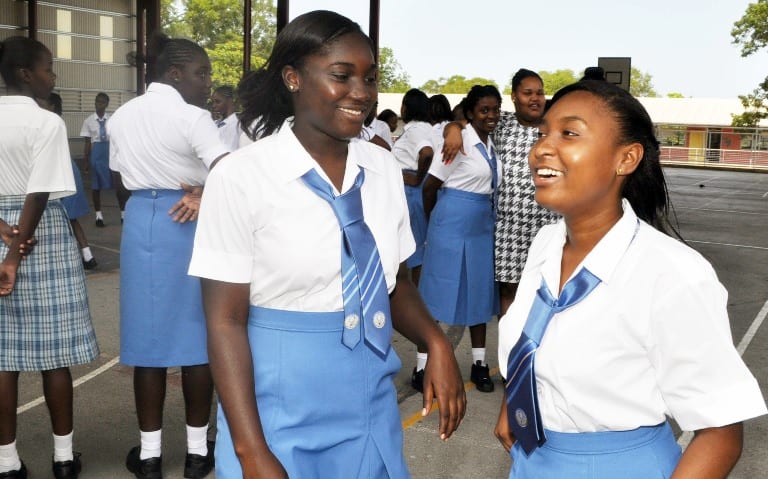 A human chain link of over 1,500 students is what the Springer Memorial Secondary School plans to create as their major activity to mark this island’s 50th Anniversary of Independence.

The school’s Independence Jubilee activity will be held on Wednesday, October 12, under the theme: Unity in de Community. The event gets under way at 9:00 a.m. In addition to the school’s location on Government Hill, the route will include Pine Hill, Plantation Road, and then back on to Government Hill.

It will see students, from the school, joining with others in its immediate environs to form the human chain link. These include: Charles F. Broome Memorial, Erdiston Nursery, George Lamming, The Ann Hill School, Belmont Primary, Wilkie Cumberbatch, Hill Top, The St. Michael School and St. Winfred’s School.

Parents, guardians and alumni will also be present, and are expected to be joined by businesses in the area such as Flow, as well as sponsors of the event, Scotia Bank and Stokes & Bynoe.

There will also be a commemorative run along the route by athletes of Springer Memorial, known for its longstanding 13-year record at the Barbados Secondary Schools’ Athletics Championships.
Principal, Pauline Benjamin, will deliver brief remarks at the school’s gate.

Governor General, Sir Elliott Belgrave, is expected to join the procession and be driven, from his residence, along the route. Afterwards, he will join the chain link at the entrance to Springer Memorial. The school will then make a special presentation to him on site.

Members of the public are encouraged to come out and show support.