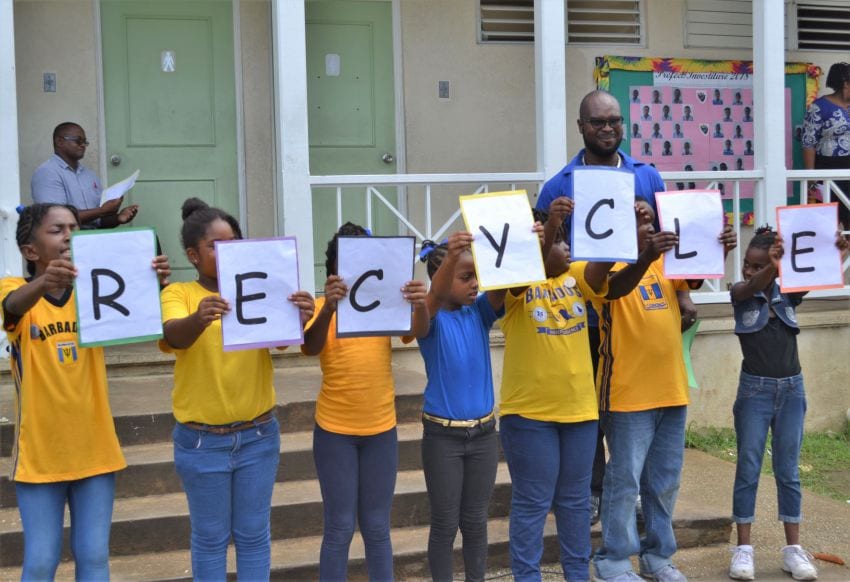 St. Albans students telling the audience about the benefits of recycling at the Science Fair at the school today. (S. Medford/BGIS)

Students of St. Albans Primary School have shown that they have a strong grasp of science and technology.

This came as the St. James-based institution hosted a Science Fair today, where several pieces of work went on display. Science teacher, Patterson Rowe, explained that the event was designed to demonstrate what the students had learnt so far about recycling, but boasted that they had surpassed expectations.

“These children are developing at a much faster rate than when we were young. So instead of assuming that they wouldn’t be able to handle the knowledge that we have to offer, we just put it there and they take from it what they can. As seen here, they really stepped up and they grasped a lot more than we think they can,” the Science teacher stated proudly.

Praising the parents for assisting with the creation of the projects, Mr. Rowe also noted that many of the ideas were YouTube-inspired. This, he noted, was welcomed as it helped in the children’s development.

“We want to get children to be more scientifically inclined and to understand that that is the only way for us to better this country. We’re small, yes, but we have a lot of ingenious minds here, and these children can really take us further into the 21st century,” he pointed out. 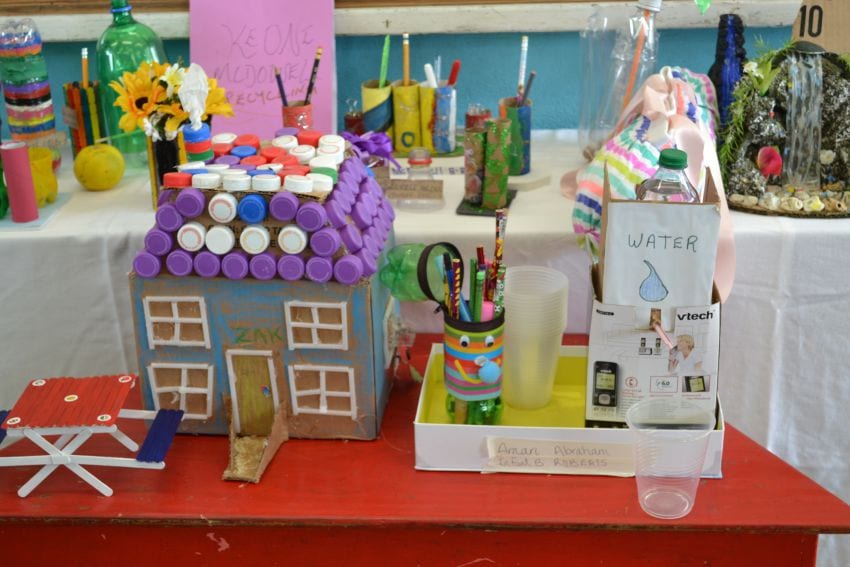 Some of the exhibits on display at the St. Albans Primary School’s Science Fair today. (S.Medford/BGIS)

Featured speaker at the event, Dr. Darren Browne, a lecturer in Biology at The University of the West Indies Cave Hill Campus, commended the school for choosing the theme Preserve, Conserve and Safe Guard Our Nation. He stated that it brought focus to the importance of protecting our island’s resources.

Pointing out that the students would “inherit” the island, Dr. Browne tasked the attentive audience with continuing the efforts of preserving the country.

“Anyone can say that they want to protect our environment, but it takes work… All of you can play your part in conserving Barbados’ natural resources… In order to preserve what we still have, we need to be willing to come up with new ways of doing things. I believe that you are the key to coming up with these new ideas. If you dream big dreams and come up with new ideas your idea could be the one to change Barbados for the better,” he maintained.

The UWI Lecturer also issued a call for stronger laws to protect our environment, and lauded the proposed ban on single-use plastics and the creation of the marine-protected area at Carlisle Bay.

Noting that these legal measures were still minor efforts, Dr. Browne declared: “We need your bright young minds trying to figure out new ways to help protect and manage these fields and hills for the benefit of all Barbadians present and future.”