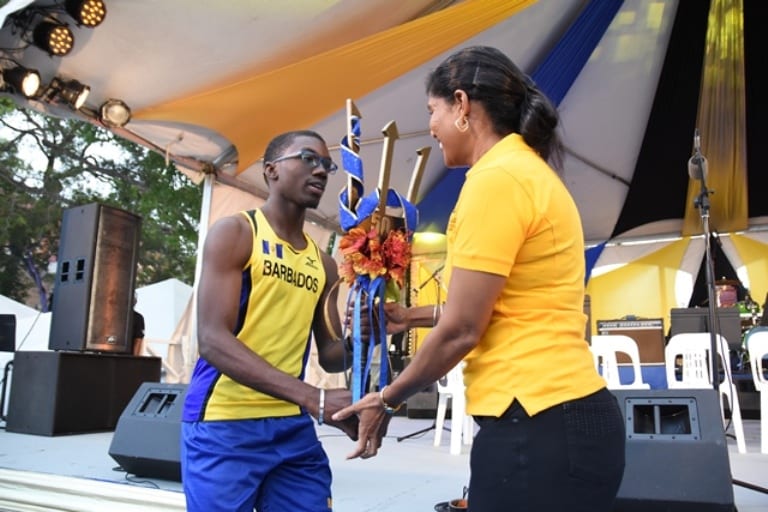 Following its official handover on Monday, August 1, the commemorative Broken Trident will continue its journey across St. Michael this month, with stops at several churches and places of business.

Since January, the commemorative Broken Trident has travelled to St. George, St. Thomas, St. Peter, Christ Church, St. James, St. John and St. Lucy. It will traverse all 11 parishes before it is permanently housed in a monument to be erected at the Garrison Savannah.