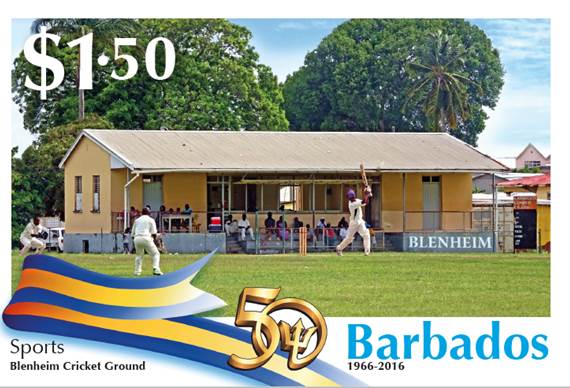 The Barbados Postal Service (BPS) will release a new commemorative issue entitled: The 50th Anniversary of Independence today, Friday, November 18. It will feature prominent places and aspects of Barbadian society and will go on sale at all post offices across the island.

“The 50th Anniversary of Independence Commemorative stamp issue is one that will resonate with Barbadians and friends of Barbadians at home and in the diaspora,” Deborah Small of the Barbados Postal Service’s Philatelic Bureau said.

Noting that Barbados had made tremendous strides in national development since Independence, Ms. Small said it was important for Barbadians to celebrate the legacy of nationhood established. She added that the stamp issue was designed to commemorate this island’s important milestone and the achievements it had made over the years.

The new stamp issue will feature the Transport Board on the 10 cents stamp, and the Samuel Jackman Prescod Polytechnic on the 65 cents stamp.

Official First Day Covers may be bought or ordered from the Philatelic Bureau, General Post Office, Cheapside, Bridgetown, Monday to Friday, between 8:00 a.m. and 4:15 p.m.  Persons may visit the BPS’ website at www.bps.gov.bb.

The issue will be on sale at all post offices until February 19, 2017, and for one year at the Philatelic Bureau.