State Enterprises’ Accounts Must Be Up-To-Date 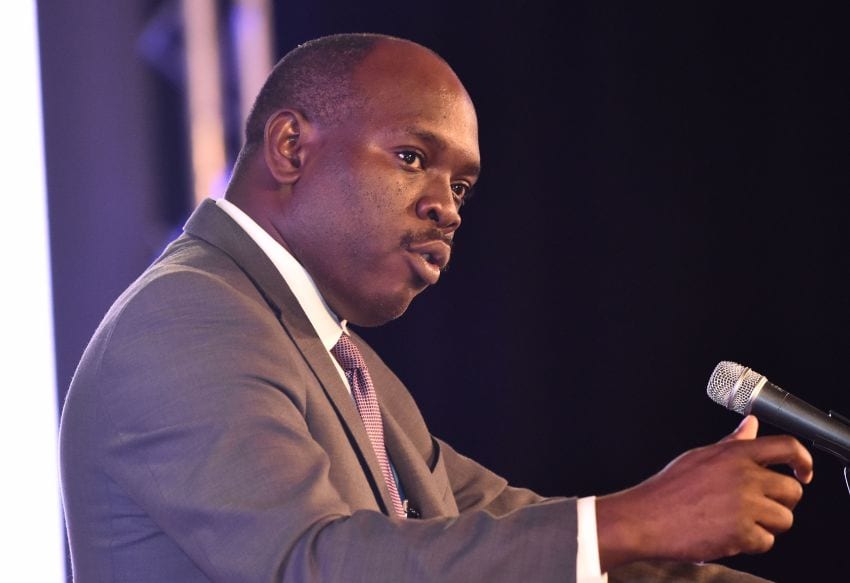 Minister in the Ministry of Finance, Ryan Straughn, delivering the feature address at the annual conference of the Institute of Chartered Accountants of Barbados (ICAB), at the Lloyd Erskine Sandiford Centre today. (C.Pitt/BGIS)

Government is seeking to have the audit of accounts of key state enterprises brought up to date by March 31, 2019, under the Barbados Economic Recovery and Transformation Program.

This disclosure came today from Minister in the Ministry of Finance, Ryan Straughn, as he delivered the feature address at the Annual Conference of the Institute of Chartered Accountants of Barbados (ICAB), at the Lloyd Erskine Sandiford Centre.

Mr. Straughn told his audience: “So March 31 is a tall order but I say to you in this room – you help us to do it and demonstrate that it can be done because we must change the nature of how business is done in Government.

“…The Government can’t do it alone…. We need competent people across the public service and across the private sector to make sure that we hold each other accountable. I say again, March 31, 2019, we must make the effort to meet that target and I am asking for ICAB’s help in achieving that.”

He said there was a need for Government to resolve the issue of the outstanding audits in a timely manner and proffered the view that ICAB could contribute by way of advice and assistance as to a suitable and effective way of dealing with this matter.

He noted that a large number of state enterprises had difficulty preparing timely financial reports and this was of great concern as Government sought to have an accurate picture of its financial position.

According to him, this information was critical to enable Government to properly manage its cash flow position during this period of structural adjustment.  He suggested that this was one of the areas in which ICAB could offer assistance to Government by ensuring that there was a pool of professionals with requisite skills that could be drawn from to produce the relevant reports on a timely basis.

Mr. Straughn said the Auditor General Report for 2017 made reference to the fact that there were 41 state agencies whose audit of accounts were in arrears for over three years or more. He explained that this included some of the large state-owned enterprises, whose annual budgets were in the tens of millions of dollars.

“This state of affairs is not acceptable and your Government is open to advice and assistance in charting a way forward, first as it relates to the audit of accounts that are in arrears and secondly, to ensuring that there is the right mix of accounting personnel and accounting systems to ensure that the audits do not fall back in arrears,” he stressed.

The theme for today’s conference is: Embracing Change Together.