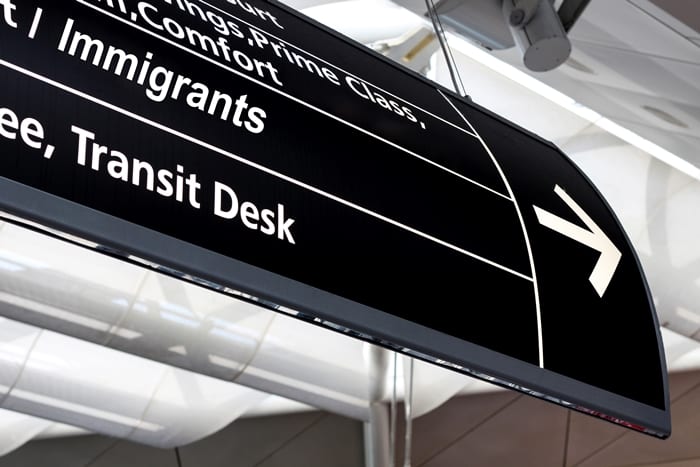 The Tuesday August 30, 2016 edition of the Daily Nation carried the article entitled “‘INHUMANE’ Jamaican upset over treatment at airport”, in which it was reported that Jamaican national Ms. Sonya Samantha King and her son Kaleb Joseph were mistreated while in the custody of the Barbados Immigration Department on Saturday, August 27, 2016.

An investigation was carried out by the Division of Defence and Security, Prime Minister’s Office, the Ministry responsible for Immigration, and no evidence could be found to substantiate the charges of mistreatment as alleged.

To the contrary, the Division of Defence and Security is satisfied that the Immigration Officers on duty did everything possible to make Ms. King and her son as comfortable as possible, especially considering that events unfolded during the wee hours of the morning when there was no access to food variety, the Customs Department for luggage purposes and the relevant office.

The essential findings were as follows: (a) Ms. King was initially denied entry because, inter alia, she did not have evidence of either a return ticket to Jamaica or status in Trinidad as is legally required;

(b) Hot water was indeed provided so that Ms. King’s infant baby, Kaleb Joseph, could be provided with tea. The only food facility available at the time Ms. King requested food was a vending machine for the sale of boxed juices;

(c) Ms. King could not be afforded access to her luggage at the time she had requested because the luggage was secured by Customs and the airline agents had already departed.

(d) No sleeping facilities are provided at the Airport for who have been refused entry. Historically that has been the responsibility of the airlines. Persons who are refused entry are asked to remain in the seating area provided until the next plane arrives to return them. However, considering the lateness of the hour (1 a.m.), and the presence of her infant child, a mattress, sheet and blanket were provided to Ms. King to make her more comfortable. The mattress could only be placed on the floor but it was preferable to Ms. King remaining seated all night and was accepted by her without complaint;

(e) There was no evidence of either the mattress, sheet or blanket being dirty as alleged;

(f) As soon as she had requested, Immigration Officers afforded Ms. King the opportunity to communicate via WhatsApp with her sister in order to provide her with an alternative return e-ticket to Jamaica;

(g) As soon as the Airline’s office opened at 4.15 a.m, Immigration Officers worked with them to see if she could be returned to Trinidad rather than her homeland of Jamaica;

(h) Once Customs was reopened all attempts were made to make Ms. King’s luggage accessible to her;

(i) Immigration Officers went above and beyond the call of duty to assist Ms. King and her infant son Kaleb.

We take this opportunity to reiterate that the Government of Barbados remains strongly committed to the regional integration process.

The table below shows that indeed, on average, 99.7% of Jamaicans who arrive in Barbados annually gain entry. Only a miniscule fraction – 0.3% are ever refused.