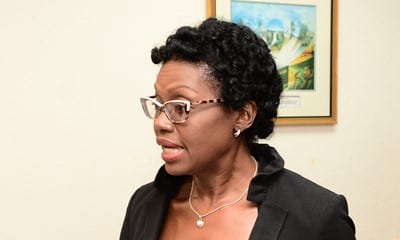 Reference is made to an article published in Barbados Today on October 24, 2018, titled: Court Workers Served. The Registrar of the Supreme Court, Barbara Cooke-Alleyne, Q.C., notes with regret that at no time was she contacted as to the correctness or veracity of the article. This basic but necessary journalistic practice could have ensured a balanced and truthful reporting.

They were informed of the time of the meeting and the Registrar personally called the supervisors of the retrenched staff to see whether they had cars or if she should arrange transport. The organization of transport was a consideration to facilitate employees. To cast this simple courtesy as a “rounding up” of employees is prejudicial and could have been avoided if the Registrar had been contacted to comment.

Network Counselling was contacted on each occasion when staff members were retrenched.  However, they were only available on two of the three occasions for the benefit of the retrenched staff when management conducted the separation meetings. This service is still available to any staff member who wishes to be counselled and they were so informed.

Most of the affected employees were issued with their letters and separation packages with only a few instances where persons had to return to collect their separation packages. This retrenchment exercise was conducted with compassion, empathy and maintained the dignity of the officers affected.

The Registrar has indicated that this has been a challenging exercise, not only for her department but everyone involved in this exercise.  She reiterates that the media play an important role in informing the populace on matters of national importance, but no one is served through salacious and unbalanced reporting.  The Registration Department at all times showed compassion and empathy for its affected employees.