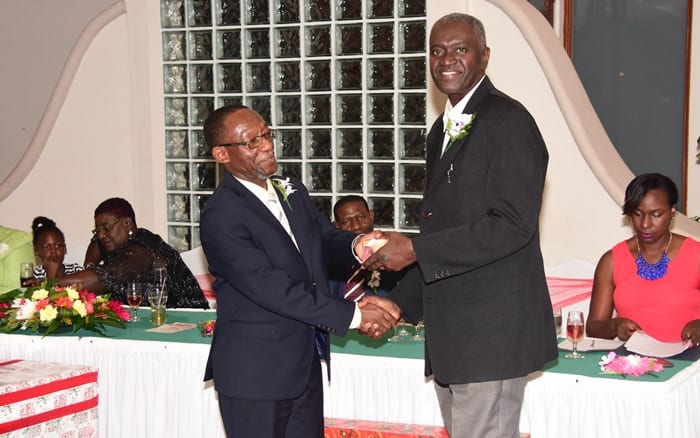 Staff at the Barbados Statistical Service (BSS) came in for high praise from the Permanent Secretary in the Economic Affairs Division, Seibert Frederick, who said Government could not formulate certain necessary strategies without the information generated by the department.

He made the comments Saturday night at the BSS’ Celebration of 60 Years Awards and Retirement Ceremony at the Accra Beach Hotel & Spa, Rockley, Christ Church.

Mr. Frederick said the BSS, which also compiles critical data, plays a very important role in the functioning of the Ministry of Finance and Economic Affairs, the economy and society.

“The department has played a significant role over the past 60 years and with the recently-concluded BSS Modernisation Project, it will play an even more important role in the future,” he stated.

He expressed the view that public servants worked hard and congratulated the retirees and those who received long service awards.

Director of the BSS, Aubrey Browne, thanked the staff for their work during the past year. He said it had been a very busy period for the department since they were involved in various consultancies connected with the implementation of the IT component of the BSS Modernisation Project.

Mr. Browne also thanked the four retirees – Maxcene Codrington, Jennifer Clarke, Brenda Carrington and Eric Bourne – for their dedication to the department, disclosing that they had contributed over 130 years to the public service. He pointed out that another retirement function would be held during 2017 for four additional staff members.