Strengthening Of Human Capital A Must 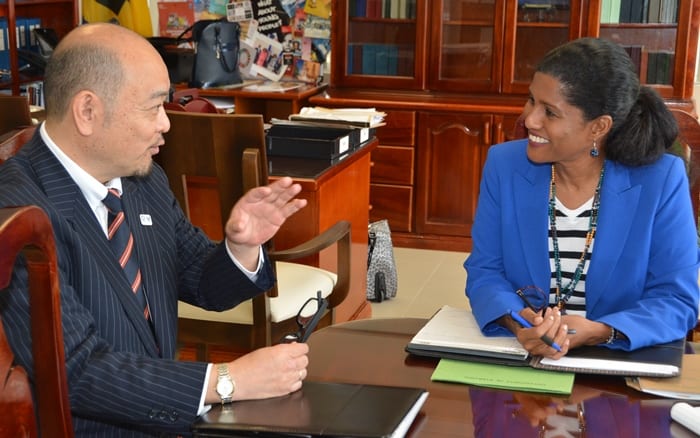 Barbados must focus on building the capacity of its human resource capital, as Government moves towards the implementation of its Green Jobs Initiative and Climate Change Adaptation and Mitigation Strategy.

Stating that there will be a need for adjustments to the roles of employees across various sectors, Senator Byer Suckoo noted that jobs would need to incorporate new techniques to support a sustainable green economy and mitigate against climate change.

“It’s one thing to build the structures and ensure that our buildings…and other infrastructures are in place, but we also need to ensure that the workers know how to do the new things required…

“Agriculture, for example, is very susceptible to climate change. Changes in rain fall and other factors can affect our cultivation, so there will have to be new ways of doing agriculture…and the people involved in agriculture have to be trained,” she explained.

The Minister also highlighted the fishing industry as an area where training and capacity could be upgraded, due to the direct impact of climate change on our reefs and fish harvesting.

Mr. Shinada, who shared in the Minister’s sentiments, disclosed that Japan was also “diligently working” on measures to combat climate change, and outlined how the two countries could collaborate.

According to him, capacity building could be achieved through possible collaborations with the Japan International Corporation Agency (JAICA), which fulfills this mandate within various organisations.

Other areas of discussion included strengthening the social security system of Barbados, as Japan also has an ageing population, which has impacted on its social security system; reducing youth employment through the promotion of innovation and the green economy; and retrofitting the work place to provide greater opportunities for disabled persons to be hired.

Acting Permanent Secretary in the Ministry of Labour, Yolande Howard; and Acting Chief Labour Officer, Victor Felix, were also present at the meeting.