Strive To Do Better At Implementation 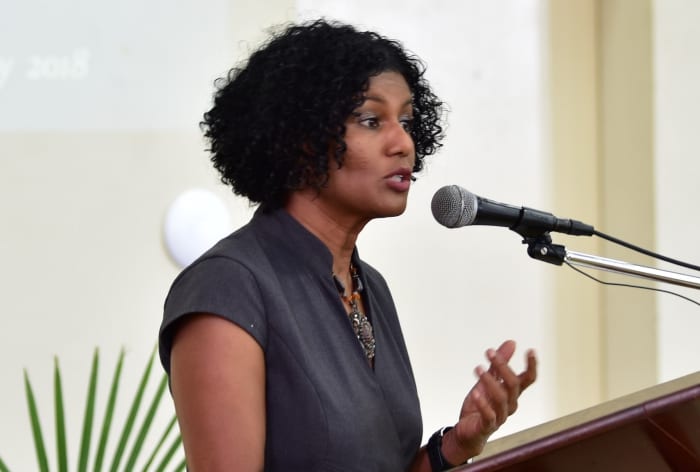 If an objective assessment of Barbados’ future from an economic and social standpoint is carried out, there were some areas that needed to be addressed as a matter of urgency.

Minister of Labour and Social Security, Senator Dr. Esther Suckoo, made this assertion on Tuesday while delivering opening remarks on day two of the Week of Excellence at the Barbados Workers’ Union Headquarters at Solidarity House.

Senator Byer Suckoo noted that across the world, emphasis was placed on growth in terms of the provision of jobs and the gross domestic product as pathways to the development of societies.  In the Barbados experience, the Labour Minister said, growth was “something we need to place emphasis on”.

“The recent Central Bank report did indicate that yes, we have continued to see growth in Barbados for the past several years…but we do need to accelerate that growth.  So, we are on course but we need to get there a little faster. We have recorded growth in the vicinity of one percent which is fine, but we really do need [a faster growth rate] so that we can see the jobs and social development spill offs of that,” the Minister underlined.

Pointing out that Government had set a growth target of three percent, Dr. Byer Suckoo said the public sector had a role to play as it related to the timely implementation of projects.

She argued that if the projects were not implemented on time, the island would not receive financing from international financial agencies, other lending agencies or from private sector companies overseas that want to invest.

“Implementation is a problem….we have lost opportunities because we have not met the target on time.  So, that money goes ‘a-begging’. Of course, the private sector is encouraged to do likewise.  [They are encouraged] to invest in projects and partner with Government to increase their manufacturing so that we have more exports which brings in more foreign exchange,” Senator Byer Suckoo intimated.