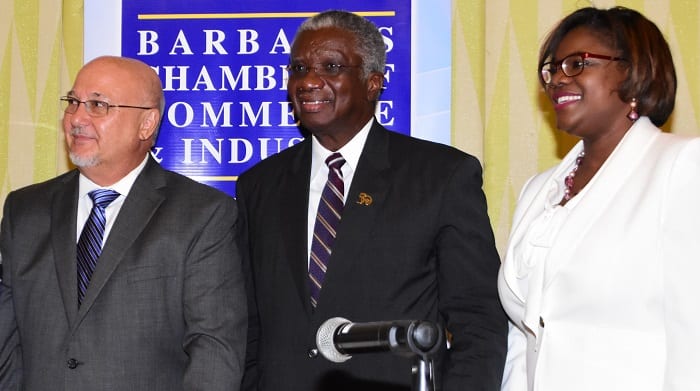 Within the next seven days, Prime Minister Freundel Stuart expects to be in a position to give planning permission for the Downtown Hyatt project.

Mr. Stuart, who is the Minister responsible for Town Planning matters, made this disclosure today while delivering the feature address at the January 2017 business luncheon of the Barbados Chamber of Commerce and Industry at the Hilton Barbados Resort.

The Prime Minister told his audience that within that time period, all of the outstanding preconditions would have been satisfied. “This permission will be subject to all of the necessary conditions that would protect the wider interests of the Barbadian community.  I fully expect, therefore, that this project will commence sometime in the first half of 2017,” he further stated.

He pointed out that several tourism projects were on the cards and listed  them as Sandal Casuarina Phase 2, which is expected to be completed by November 30, 2017; Sandy Bay/Beach (The Sands), which has an expected completion date of May 2017; Wyndham Sam Lord’s Castle, where the mobilisation has started and it is on track for construction, commencing in March, this year.

Mr. Stuart added that work on the Pierhead Marina was expected to begin either later this year or early 2018; while the developer of Sandals Beaches has committed to the second half of this year for the start of the project. He also noted that the Sugar Point Cruise Pier in Bridgetown was being looked at and a decision was pending.