Students of Alma Parris walking to the safe zone at the site of the old District “E” Police Station. (C.Pitt/BGIS)

Emergency management officials today praised students of the Alma Parris Memorial School for their response to a “tsunami threat” around 9:30 this morning.

Acting Deputy Director of the Department of Emergency Management (DEM), Captain Robert Harewood, commended the students for evacuating the Speightstown, St. Peter school, and walking to the safe zone at the site of the old District “E” Police Station in a record time of 14 minutes.

He made these comments following an evacuation drill of the school, as Barbados participated in the 2017 Caribewave Exercise, which is conducted annually across the Caribbean.

“We continue to work with the Ministry of Education to ensure that all schools have plans… [and] we are confident that schools will evacuate [in a real emergency],” he said following the drill.

The Acting Deputy Director noted that the DEM also continued to work with schools to ensure that their evacuation plan included how to handle persons with disabilities.

He added that the department conducted Caribewave exercises over the last 10 years, and had a robust public information campaign. “We live in a seismically active region and at any stage something may happen, so we should always be prepared,” he stressed.

DEM Consultant and Exercise Coordinator, Major David Bincks, also commended the students for a job well done, noting that 94 students and 20 staff members from the school evacuated up to 100 feet in a record 14 minutes. 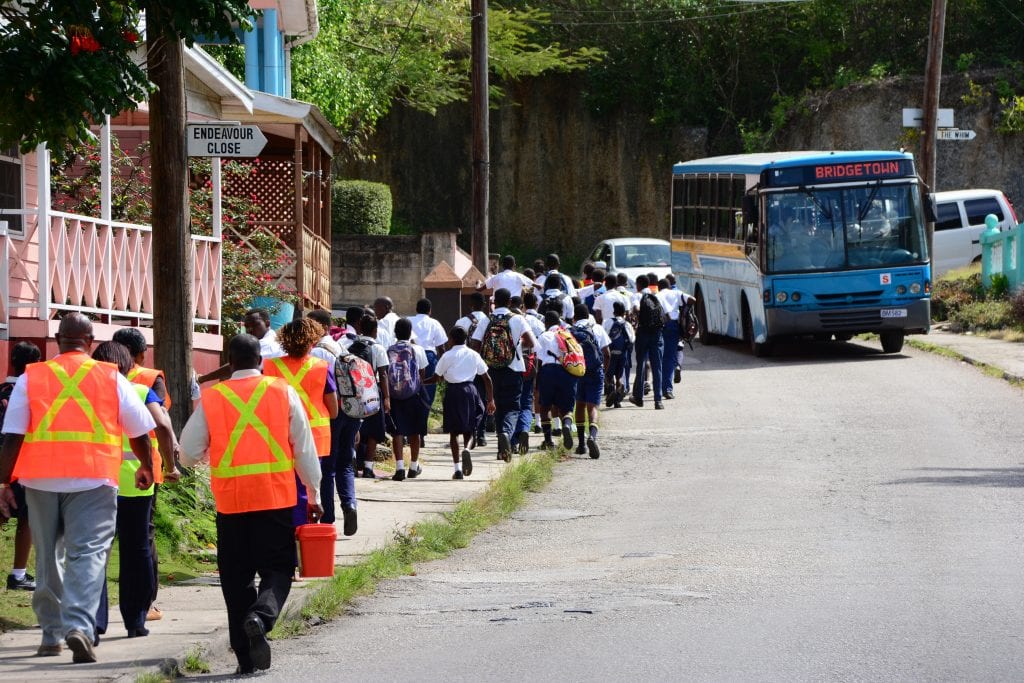 Students of the Alma Parris Memorial School during the 2017 Caribewave Exercise. (C.Pitt/BGIS)

“You left in an orderly fashion and that is good. You do not want to be rushing and have people getting hurt. What you did today was well executed,” he re-emphasised, urging them to remember what they learnt in the event of a real life situation.

He also urged them to teach their parents what they had learnt, and reminded them not to use cars or buses if there is a tsunami threat, but to evacuate on foot.

“You should also remember to look after each other. Help each other; you are a school; you are a team; a team of pupils and staff,” the Consultant urged.

He noted that today’s exercise tested the alerting process in Barbados, with the tsunami alert emerging from the Barbados Meteorological Service and being sent to the Department of Emergency Management, who then transmitted the message to the Ministry of Education for dissemination to the affected school.