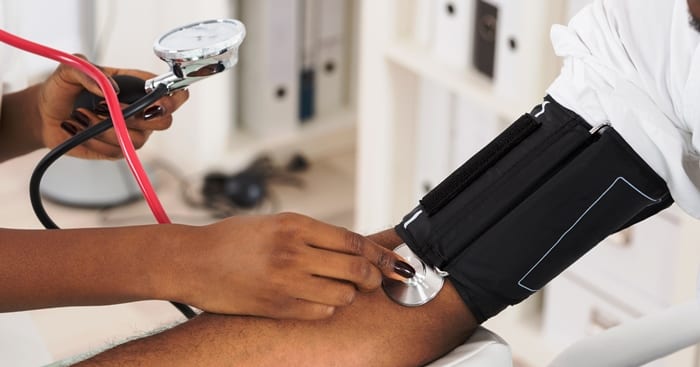 A pilot project at two polyclinics which was aimed at improving blood pressure control in primary health care has been so successful that the results have informed a global initiative to reduce ill health and premature death due to heart disease and stroke.

This was revealed by Dr. Lorna English, Deputy Chief of the Global Non-Communicable Disease branch of the United States Centers for Disease Control and Prevention (CDC).

Speaking at a Press briefing at the Ministry of Health last Wednesday, Dr. English said that based on the positive results from the Barbados pilot, the evidence-based tools and practices that were promoted and demonstrated by the project had been integrated into technical packages of a programme called the Global Hearts Initiative.

The Ministry of Health in Barbados joined forces with the CDC, The Pan American Health Organization (PAHO), the University of the West Indies and Healthy Caribbean Coalition to execute the Barbados Global Standardized Hypertension Treatment Project at the Winston Scott and Edgar Cochrane Polyclinics.

The CDC official noted: “Barbados and the PAHO region are global leaders in moving this work forward. It is no surprise that many other countries throughout the world are interested in applying the same simple and cost-effective approach.” 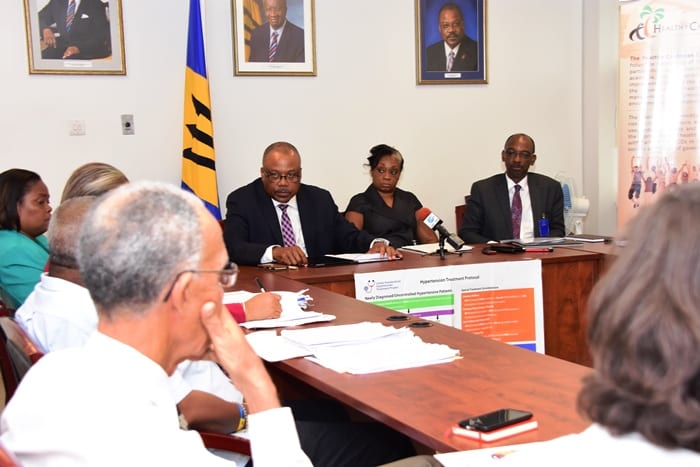 Minister of Health John Boyce thanked the CDC and PAHO for their sponsorship of the project, which he said, would eventually be rolled out in all nine polyclinics.

He disclosed that hypertension was the most common non-communicable disease (NCD) in Barbados with more than 40 000 adults affected. Of these,  an average of between 18 000 and 20 000 attend polyclinics for management of the disease.

He explained that the project involved the use of quality hypertension pharmaceuticals, training of health care professionals in hypertension management, the integrated use of health information systems, clinical audits and “an empowered patient”.

“The protocol produced has led to some positive changes in prescribing habits of our primary care physicians, better blood pressure control among clients and a more engaged patient,” Mr. Boyce revealed.

The Health Minister said that the continued success of the programme would require commitment from primary care physicians, nurses, medical records officers, dieticians and clients.

A viable programme would also require a health information system that could streamline care with the ability to analyse and predict service use, he added.

In this regard, Mr. Boyce announced: “I am happy to report that the health information system known as Med-Data is now functional in all of our polyclinics with modules currently being added for maternal and child health.”