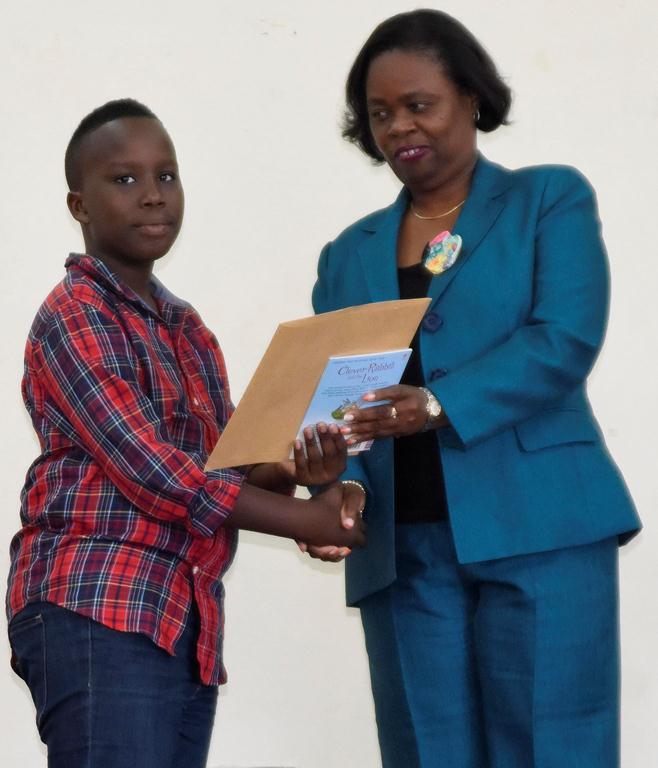 Individualised teaching and learning was the approach taken by the Education Ministry during Summer School Primary 2016, and, as a result, the Ministry wants to see it continued.

This was a key message sent today by education officials as they addressed the closing ceremony of the programme at Solidarity House, under the theme: Footsteps To Fifty.

Chief Education Officer, Karen Best, in explaining the strategy, said the Ministry of Education, Science, Technology and Innovation was aware that all children were different and did not all attain at the same time or at the same level.

Emphasising that this thinking led the Ministry to introduce the programme in 1990, she said it provided intervention strategies for students with deficits that hampered their ability to achieve their full potential.

Summer School Primary, she added, was anchored in the Ministry’s mantra that “Each One Matters” and was timely as the country celebrates its 50th Anniversary of Independence and reflects on the role education has played and continues to play in its development.

Pointing out that educators, parents, counsellors, facilitators, as well as students, all had roles to play in shaping our next 50 years, she stressed that principals must see themselves as being responsible for every child in the school.

“Their responsibility must encompass the creation of an enabling environment in the classroom to maximise learning; allocating the right teachers to classes that match their strengths; being the instructional leaders that emphasise high teaching standards; supporting repeated testing; diagnosing students and creating individual, educational plans so that the needs of all children would be met,” Mrs. Best maintained.

She added that the Ministry expects every principal to continue the cutting edge intervention strategies utilised in Summer School in the new school year.

In addition, parents were told to instill values, set high standards and support their children’s schools. They were also urged not to ignore their emotional and psychological health but to seek help when recommended by trained counsellors instead of being in denial.

Students, on the other hand, heard that discipline was the bridge between their goals and dreams and their accomplishment, and that they needed to put God in the equation to ensure eventual success.

Meanwhile, Education Officer, Dr. Pauline Millar, noting the initiative provided students with bespoke education, said: “It has been tailored made to every individual student. There has been no whole class teaching; there has been no racing ahead and leaving anybody behind. Everyone has been able to keep up because the education that they received was specifically tailored for the individual.”

Summer School Primary 2016 was held from July 4 to July 28 at the Hindsbury Primary School, Hindsbury Road, St. Michael. It targeted students who were granted a deferral from this year’s Barbados Secondary Schools’ Entrance Examination and focused on a range of activities, as well self-esteem building, team work and conflict resolution.