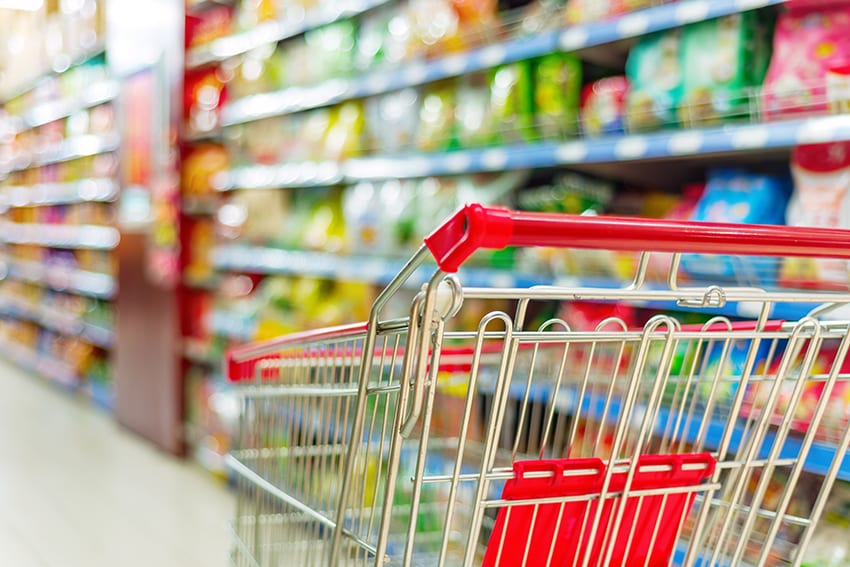 Commerce Minister Dwight Sutherland sees the hike in freighting and import costs as a possible reason for there being no reduction in supermarket prices, since the July 2018 removal of the National Social Responsibility Levy (NSRL).

The Minister addressed this issue as he toured Massy Stores, SuperCentre Warrens and met with management, including Chief Executive Officer (CEO), Randall Banfield.

He stressed: “We as a Government cannot sit down and actually put prices on goods.  We can only urge the suppliers and producers to do their best to help us build out this economy and provide more options for consumers.  So, whereas we would want [suppliers] to price their goods in a way that would attract Mr. Banfield and the other supermarket owners, they too have to make a profit.  But we would want them to absorb some of the costs.”

The Minister pointed out that the Department of Commerce and Consumer Affairs continued to play its part in monitoring the price movements within the basket of goods and goods that attracted NSRL.

And, he said: “The average food prices though they are not at the level we would have seen at July 1, 2017, they are still higher than pre-NSRL. But some have indeed moved; some have come down, but we have urged Massy, just like we have urged the other supermarkets and the other retail stores to try their best to give the consumers options and indeed I know it would redound to Massy’s benefit and to the other supermarkets when the consumers visit their stores and see prices moving … downward.”

Acknowledging that he would be visiting other outlets this week, the Minister noted there was a surcharge placed on goods coming into Barbados that had gone up by about 10 per cent.

Alluding to Massy’s strategy in addressing this, Mr. Sutherland disclosed: “He [Mr. Banfield] said he has asked most of his suppliers to hold strain and to work with us.  We have to do more of that. Reach out to those persons who are shipping to us and those persons whom we buy from to tell them we’re in this business as a team and we want you to hold strain as well.  So, I think those are some of the areas we will have to focus on in terms of the import charges.”

The Minister added, however, that he would want supermarket owners to try their best to get to the pre-NSRL prices, though this may be challenging.  “All of us are in this as a team and we have to bear some of the burden in terms of absorbing some of the costs.”

Mr. Banfield, in responding to NSRL issues, explained that Massy’s reality had to do with a big basket of items in the store that never had NSRL on them.

“So removing it has had no impact on bringing down the cost of those items.  Those are the everyday items that are going in virtually every basket, so that is something.  I think that perhaps not enough conversation has taken place … because the average consumer, I think, expected everything would fall but there are many items that could not fall because they had no NSRL,” he pointed out.

Stating that most local produce items have no NSRL on them, he added many items in the baskets were also VAT free and carried no NSRL before and therefore the removal could have had no impact on prices.

The CEO added that despite this, Massy Stores, with its payroll price impacted by the various levy such as the health levy, still found a way to bring down prices on some 800 items, including those which had no NSRL within the last month.