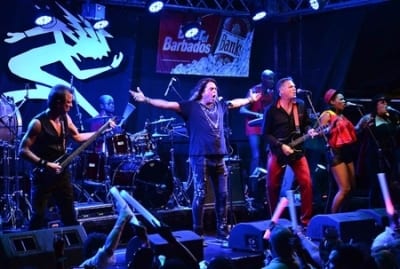 Celebrated Barbadian band, Spice and Company, will perform its first single in over 20 years at the Golden Anniversary Spectacular Anniversary concert on November 30.

The song, entitled: “You’re so sweet,” was arranged and composed by band members Alan Sheppard and Dean Straker, and released at Pavilion Studios on October 19.

Producer, Dean Straker, told invited guests: “It’s an honour to perform. It’s actually 40 years for us this year…I love my country and I always say, like I’m sure many of you say, ‘Barbados too Sweet.’ The song took its course from that idea and when it came to writing the verses and things like that, I took that inspiration from a girl I fell in love with at 14 years old and she is still with me today.”

The Golden Anniversary Spectacular Anniversary concert is scheduled for Wednesday, November 30, at the Garrison Savannah at 8:00 p.m. The show is expected to review the last five decades of Barbadian cultural history.