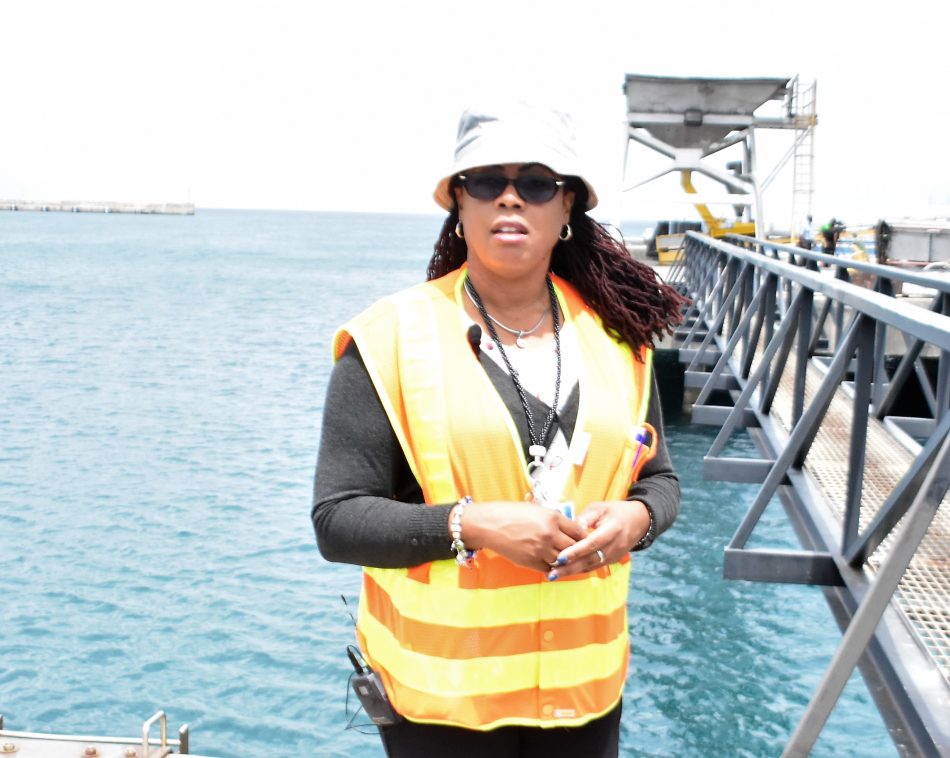 Lieutenant Commander, Fernella Cordle, made a special appeal to parents and guardians to be vigilant of their charges during the upcoming summer holidays to mitigate any unfortunate incidents or accidents. (C.Pitt/BGIS)

Members of the public are asked to note that swimming, diving and fishing in harbours is prohibited by law.

This reminder is coming from Manager of Security Services at the Barbados Port Inc. (BPI), Lieutenant Commander Fernella Cordle, amidst repeated breaches of the fence by the BPI’s Flour Mill Facility on the Spring Garden Highway.

“We have found over the past months; persons have been breaching the fence to access the water to swim or fish. This is something that is not acceptable given what could occur during an accident…. The facility is fenced and persons breaching the fence are liable to prosecution,” she cautioned, noting the average intruders were young teenagers, mainly male, or young adult males.

In outlining the risks involved, she explained persons may suffer broken bones, render themselves unconscious or underestimate the currents and be pulled or dragged out to sea.

Lieutenant Commander Cordle added that the Flour Mill facility off the Spring Garden Highway was used for the delivery of grain cargo and the overspill of mega-ships during cruise season.

She stated the facility was a part of the BPI, and therefore subjected to the guidelines of the International Ship and Port Security (ISPS) Code which also required that the property be fenced.

“As a part of the ISPS Code, ships are also required to visit compliant ports to guarantee their re-entry to US ports. Should Barbados be found or quoted as not being compliant in a sensitive area, this would affect their ability to have a smooth re-entry into a US port, and this could translate to them reconsidering Barbados as a destination for future visits,” she explained.

The Manager of Security Services said while she appreciated that historically the area was a popular spot for persons from neighbouring districts, with its increased use and activity, the BPI found it necessary to remind everyone that swimming, diving and fishing in harbours were prohibited.

She also made a special appeal to parents and guardians to be vigilant of their charges during the upcoming summer holidays to mitigate any unfortunate incidents or accidents.