Tackling NCDs A Priority For Government 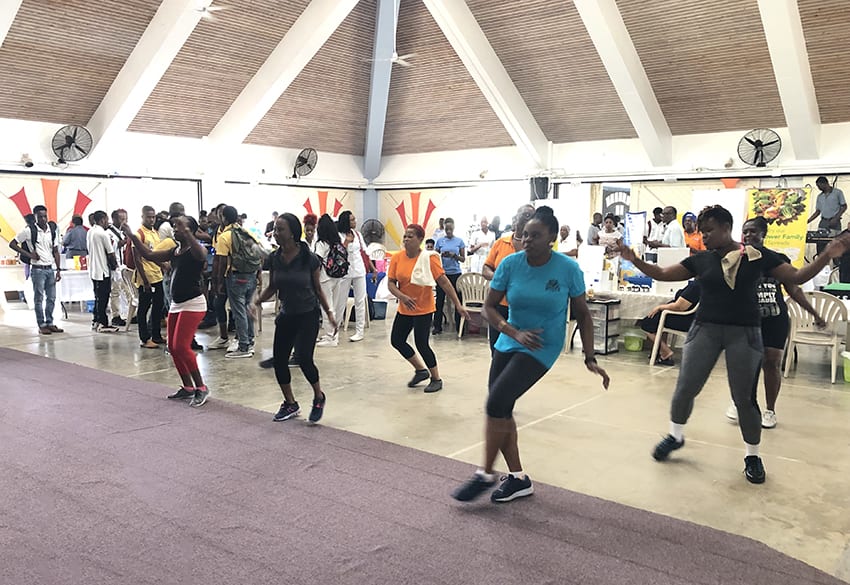 The issue of non-communicable diseases (NCDs) continues to be a priority for the Ministry of Health and Wellness and it has put a significant level of resources and effort into addressing them.

Acting Chief Medical Officer, Dr. Arthur Phillips, stressed Government’s commitment to controlling and preventing NCDs today when he delivered the feature address during the opening ceremony of the annual health fair, at the Samuel Jackman Prescod Institute of Technology (SJPI).

Pointing out that NCDs were a burden on individuals and society, Dr. Phillips continued: “More than 25 per cent of adults (25 years and over) …live with one NCD. And more than three-quarters of our adult population have at least one risk factor. In terms of what the health system sees, more than six out of every 10 visits to our primary care or outpatient settings are for NCDs and about 70 per cent of our deaths are attributable to NCDs.”

“Unfortunately, the reality in Barbados right now is that we are projected, if we continue on our current path, not only to miss the 25 per cent reduction but to increase by 11 per cent. That is the reality on the ground; that we are going in the wrong direction in terms of the levels of these illnesses in Barbados and therefore in terms of the impacts on us as individuals and the country….

Dr. Philips said Barbados had been allocating resources, including time, effort and funds, to address non-communicable diseases. “And while we have not yet received the full level of return on that investment that we need to see, the reality is that our efforts have not gone unnoticed,” he pointed out.

He noted that the country recently received an award for its work in seeking to prevent and control NCDs.

The acting Chief Medical Officer said the main categories of NCDs were cancers, cardiovascular disease (hypertension and strokes), diabetes and chronic respiratory diseases. He pointed out that these groups made up the largest burden of illness around the world and unfortunately the patterns were similar in Barbados.

He explained that the diseases were driven by four key risk factors and highlighted them as unhealthy diet, physical inactivity, tobacco consumption and harmful use of alcohol. He added that these modifiable risk factors then contributed to other risk factors – increased blood pressure, high blood sugar levels, high levels of fat in the blood, overweight and or obesity.

Dr. Phillips lauded the SJPI for hosting the health fair for the past 10 years, saying it created an environment that would help persons focus on their health.