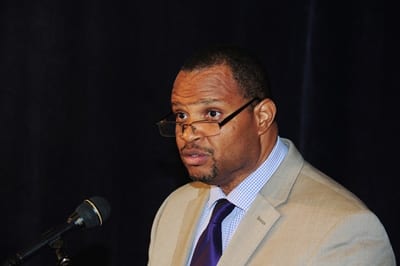 Taxpayers who owe Government millions of dollars are being urged by the Minister of Finance, Christopher Sinckler, to take advantage of the upcoming tax amnesty and pay up.

Mr. Sinckler insisted during an interview with the Barbados Government Information Service that this would be the last tax amnesty for some time.

“Our position is that after this amnesty ends in February, there is going to be a very vigorous approach by the Barbados Revenue Authority and the authorities generally to collect all of those taxes that are due to Government,” he stressed.

During this year’s Financial Statement and Budgetary Proposals, the Minister announced that Government would again offer a tax amnesty from September 15, 2016, through to February 15, 2017, to taxpayers across the tax categories of VAT, income tax and land tax.

He explained that the waiving of penalties, interest and other charges incurred up to September 14, 2016, would assist the Barbados Revenue Authority in its tax administration and collection efforts. He pointed out that to benefit from the amnesty, the taxpayer would have to pay the outstanding principal on or before February 15, 2017.

Stressing that a substantial amount of money had been owed to Government, he said it was expected that for the financial year 2016/2017, at least $15 million might be collected.

Mr. Sinckler continued: “Everybody wants to get their income tax refund and their VAT refund…. Refunds are paid out of the cash that comes in; if people do not pay in the cash we can’t pay it out….

“We do not think it is fair that the average citizen is paying his or her tax on time and in full and cannot get the residual benefit of a refund because the Government does not have the cash because somebody else in the community is not paying in their fair share. We are going to be going after them, but to be fair we are giving an amnesty…so just come in and make arrangements to pay your principal.”