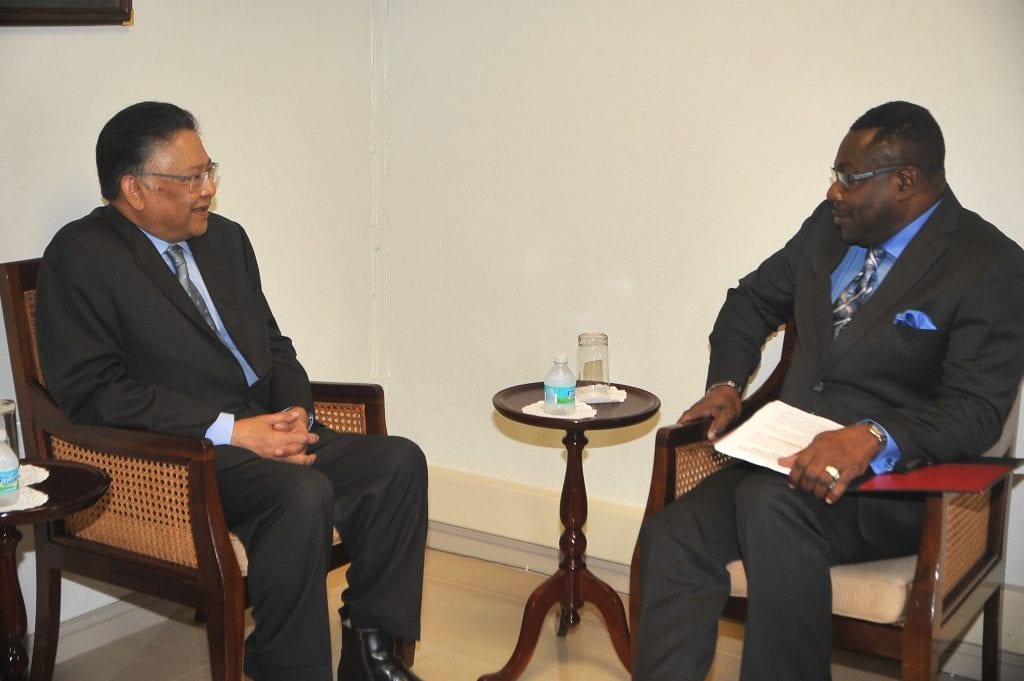 The development of closer ties between Barbados and Thailand was discussed recently, when Thailand’s Special Envoy, Kobsak Chutikul, met with acting Minister of Foreign Affairs and Foreign Trade, Steve Blackett.

The two held talks at the Ministry of Foreign Affairs and Foreign Trade, where they discussed the possibility of Thailand having an embassy accredited to Barbados and vice versa.