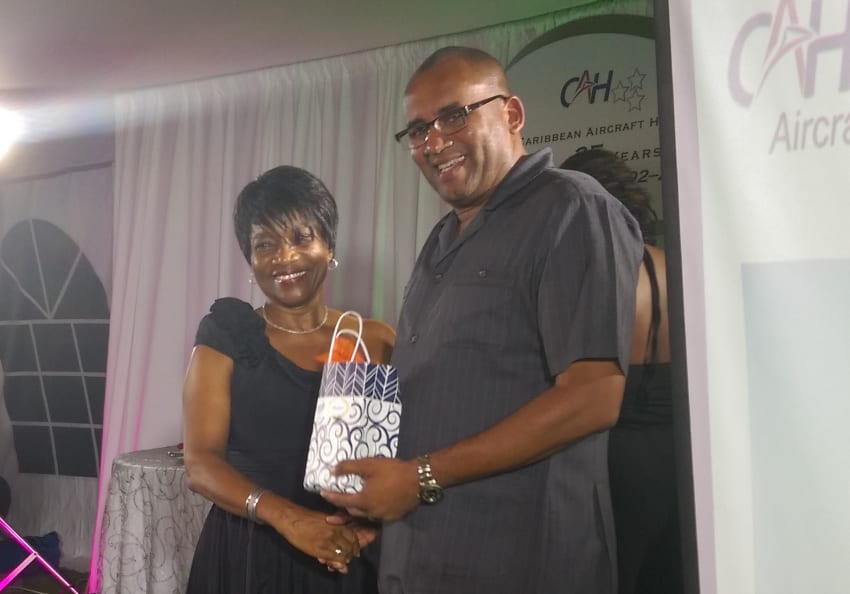 The management and staff of Caribbean Aircraft Handling (CAH) are being reminded that their organisation is important to maintaining and developing Barbados’ tourism product.

An impassioned Mr. Sealy encouraged the staff of the island’s state-owned ground handling organisation to note the major role they play in the island’s tourism sector.

“You are on the front line of feeding this nation. You provide an essential service to this country…it is always important to understand who really matter on the front line, it’s not ministers and chairmen of boards and general managers of hotels; it is the people who are grinding out in the back room. In many respects, Caribbean Aircraft Handling and its near 400 staff complement is a fine example of what I’m talking about…” the Minister stated.

Furthermore, Mr. Sealy pointed out that through the years, there has been a consistent effort made to revise and redesign the organisation’s policies and image in order to “retain its competitive edge”, and pointed to CAH’s focus on the training of its staff.

In this regard, the Minister praised CAH for its continued efforts as they relate to training staff members. “Staff training and development will feature prominently on CAH’s scheduled activities for this year… [training is] a critical aspect to building relationships and [it] is the hallmark of all successful business,” he added, while also expressing great pride that persons outside of the organisation deemed it to be a “good place to work”.

According to the Minister, the focus on the development of the skill sets of staff members is a major contributing factor to the company’s longevity.

During the ceremony, several awards were presented to persons who reached milestones of service of 10 to 25 years.