Tourists Saluted For 424 Visits To B’dos 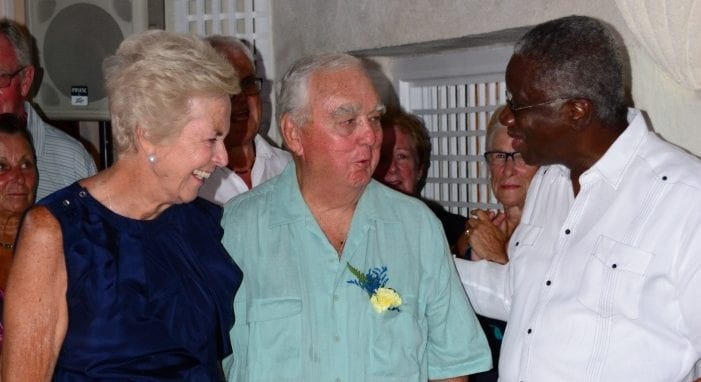 Prime Minister Freundel Stuart with Marita Regan, who visited Barbados 108 times and her husband, Thomas Regan, who was on his 110th trip. (C. Pitt)

Those visitors were Joseph Murphy and Edward Thal, who came 103 times; Marita Regan, who visited 108 times; and Thomas Regan, her husband, who was on his 110th trip.

Before presenting Mr. and Mrs. Regan with a plaque, Prime Minister Stuart thanked all the visitors present for their loyalty and urged them to continue to act as good ambassadors for the country.

He noted that they were assisting in building the tourism industry and pointed out that their continued confidence and investment were a source of inspiration.

“Tourism is our lead sector in the economy and every time we have a new visitor, that strengthens the economic infrastructure of Barbados,” he stated. 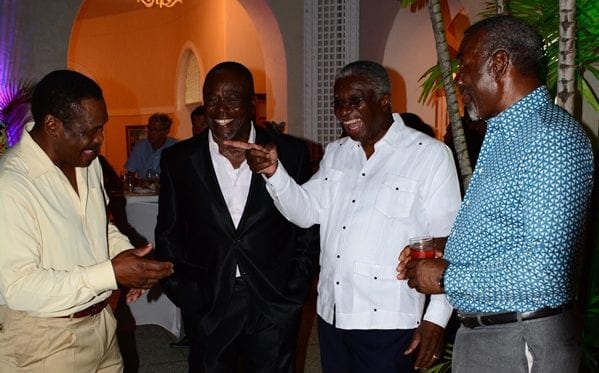 The Prime Minister said Government was working diligently to make the tourism product even more attractive. He added that during his interaction with visitors, they constantly commented on the hospitality and charm of Barbadians, as well as the safety of the country.

Mr. Stuart told his audience that Government had determined that it wanted to create a Barbados that was socially balanced, economically viable, environmentally sound, and characterised by good and transparent governance.

He proffered the view that because of this vision, for example, of being socially balanced, tourists felt comfortable when they visited these shores, knowing that “there is no place for discrimination on the basis of race, colour or creed”.