Trade In Services Vital To CARICOM 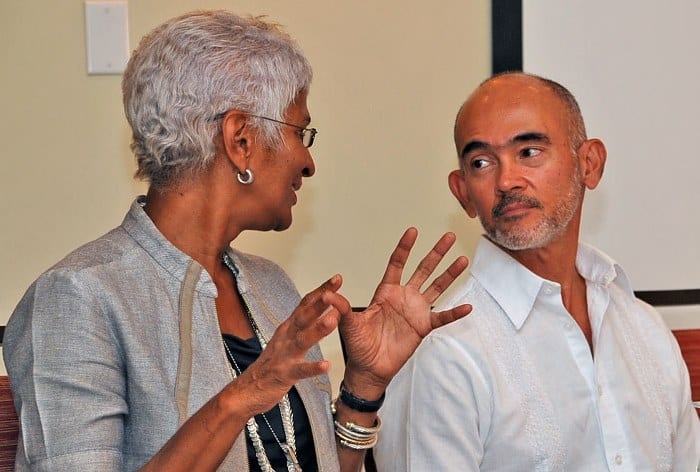 She was at the time addressing the opening ceremony of a Regional workshop for CARICOM trade officials on the Trade and Services Agreement (TiSA) Negotiations and the Negative List Approach to Services and Investment Liberalisation at Courtyard by Marriott, Hastings, Christ Church.

Ambassador Mathurin said: “The CARICOM region as a whole maintains a healthy surplus with respect to our balance of international trade in services. Furthermore, for the majority of our economies, the services sector comprises the bulk of economic activity, representing well over three quarters of Gross Domestic Product in several instances. In addition, flows of Foreign Direct Investment (FDI) to our region are essential to our economic well-being, especially for a region that is a net seeker of FDI.”

The CARICOM official pointed out that in 2014, the region received over six billion United States dollars’ worth of FDI. She added that as a percentage of GDP, FDI accounted for between four and 10 per cent of the GDP of CARICOM member states.

She stressed that in light of the importance of services and investments to our economies, the region had to be well equipped to articulate core interests and sensitivities in the context of trade negotiations.

“In particular, we need to ensure that any future liberalisation which member states undertake is aligned to national and regional core developmental objectives,” concluded Ms. Mathurin, adding that the expertise at the workshop would enhance this goal.

Meanwhile, the Inter-American Development Bank (IDB) Representative in Barbados, Juan Carlos De La Hoz Vinas said his organisation felt that capacity building was key for countries and officials to properly address the needs of development, especially with respect to Caribbean countries that were facing challenges of being very effective when participating in multilateral and regional trade negotiations.

He said the objectives for the IDB were to assess the trade and services agreement negotiations and to facilitate an in depth review and application of the negative list approach to the scheduling of services and investment liberalisation commitments.

The September 7-9 workshop is a joint collaboration among the IDB, the OTN of the CARICOM Secretariat and the Institute for the Integration of Latin America and the Caribbean (INTAL). It is part of a broader work programme which involves building capacity within CARICOM member states with respect to services and investment.