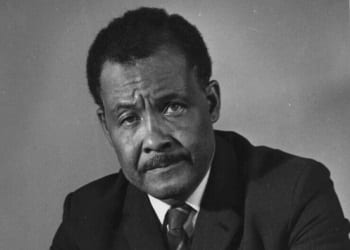 Traffic diversions will be in place in Bridgetown tomorrow, Friday, August 5 to facilitate the official funeral service for the late Sir Frederick Smith, former Attorney General and Justice of the Court of Appeal. The service takes place at the James Street Methodist Church at 10:00 a.m.

From 6:00 a.m. until 12 noon, general vehicular traffic entering the City from Baxters Road/Tudor Street will be diverted at Reed Street and Sobers Lane.

Traffic exiting Mahogany Lane on to Tudor Street will be diverted in the direction of Baxters Road and traffic travelling from Lucas Street will be allowed to turn on to James Street.

Public service vehicles will not be diverted and will be allowed to ply their normal routes. Vehicles bearing the appropriate identification label and carrying specially invited guests will also not be diverted.

Family members and specially invited guests will park on Tudor Street, Lucas Street, in the churchyard, the church annex yard, the carpark at the rear of District A Magistrate Court and the new James Street car park. General parking will not be allowed in any of these areas.

The funeral service for Sir Frederick, who died on July 11 at age 92, will be followed by a private interment. The service will be broadcast live on CBC TV Channel 8.