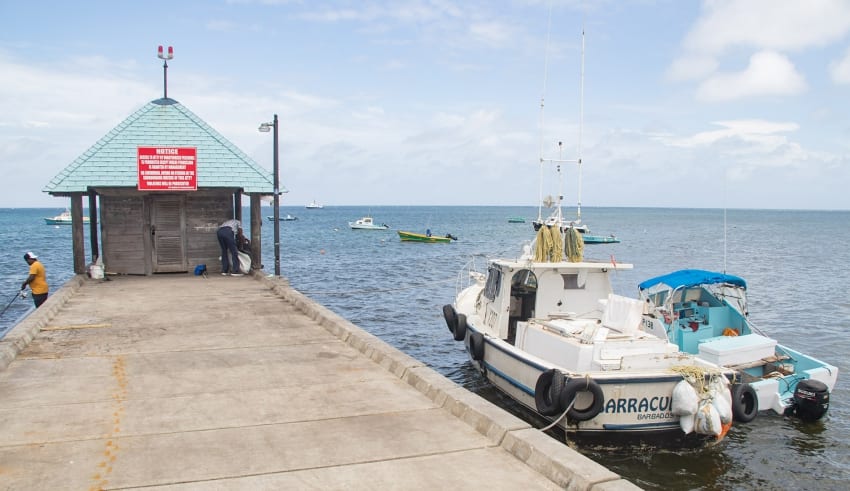 The importance of training for Barbados’ fishing industry was underscored by Minister of Maritime Affairs and the Blue Economy, Kirk Humphrey.

He shared his vision for the sector during a courtesy call with officials from the British High Commission at the Ministry’s Charnocks, Christ Church office.

Mr. Humphrey said he wanted to see the industry move from boat building to persons being trained in seafaring and engineering. “I feel it is necessary to upgrade some of the technology in the fishing industry,” he said, while noting the large volume of persons involved in the industry.

The Minister also said that the Ministry was presently in discussions with the European Union to secure a loan for the island’s maritime spaces in an effort to protect the reef and fish.

He explained that while Barbados once had one of the best coral reefs in the world, reports indicate that 50 per cent of them were dying and measures needed to be implemented to ensure their restoration. He added that there were also plans in place to improve the management at the Folkestone Park and Marine Reserve.

Permanent Secretary in the Ministry, Esworth Reid, supported these views, noting that the blue economy was an emerging economic sector. He explained that this was the first time it was institutionalized by Government, but was considered as an area that could stimulate the Barbados economy with minerals, resources and energy generated from the sea.

In response, the British High Commissioner, Janet Douglas, said the United Kingdom has a lot of experience in maritime and marine issues, and would be willing to assist Barbados in these areas.

She added that the UK was also looking for Commonwealth countries which were interested in launching the Commonwealth Clean Oceans Alliance and invited Barbados to participate.

“The aim of the alliance is to set-up a group of countries to tackle plastic pollution.  You are already on the way, and we will try to promote this with the rest of the world,” the High Commissioner said, stating that 12 countries had already signed-up since it started in April this year.