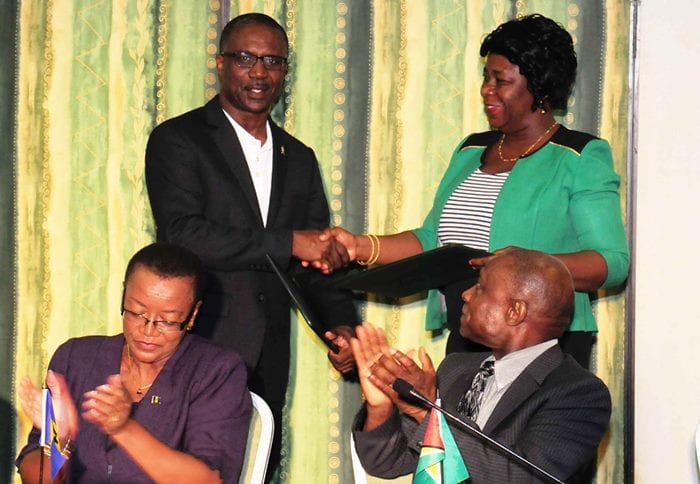 The Barbados Port Inc. and the Maritime Administration Department of Guyana have activated an International Sister Seaports Agreement signed last October at the Third Session of the Barbados-Guyana Joint Commission.

It comes in the form of a one-week training programme for two marine officers from Guyana, which started on Tuesday, November 1.

The Agreement sets out the framework for cooperation in areas of interest, and is similar to that signed between the Barbados Port Inc. and Panama Mazatlán Authority.

The long history of cooperation between Barbados and Guyana was amplified when the Barbados-Guyana Joint Economic, Technical and Cultural Cooperation was established on July 5, 2002.

Five years later, in 2007, the Inaugural Joint Commission meeting resulted in the two sides identifying a number of agreed areas of cooperation in which joint endeavours could be pursued.

Specific areas in which decisions were made included: investment and exports, tourism, hospitality and air services, agriculture and fisheries, maritime administration and marine affairs, education, immigration and security, culture, and youth and sports.