Training For SOE Board Members 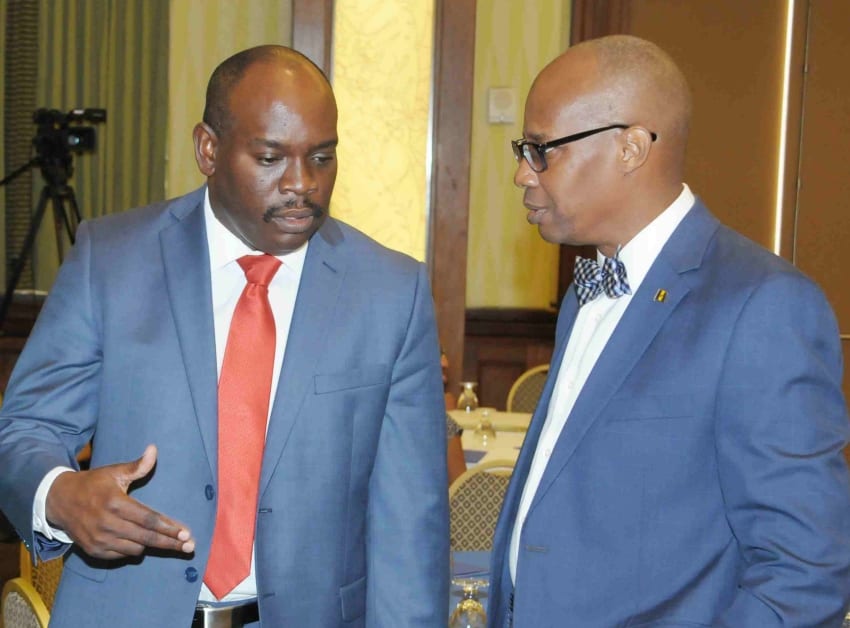 Board members of state-owned enterprises (SOEs) are expected to undergo training in the principles and practices of good corporate governance and anti-money laundering.

That is the word from Minister in the Ministry of Finance, Ryan Straughn, who said such training was proposed by that Ministry as a matter of urgency.

He continued: “We believe this is critical to Barbados’ ability to reestablish itself as a jurisdiction where corruption is not only perceived to be low, but is indeed the reality.”

He told the gathering: “The publication of the sordid details of what took place with one of your very listed companies is a clear shot across the bow for the entire country that it cannot be business as usual.  We must all collectively redouble our efforts to ensure that the conduct of the people’s business, whether in private or public institutions, is done with absolutely clean hands.”

He said that with the increased calls for the adoption of technology-based solutions in various aspects of the business environment, there were benefits to be derived from moving towards the increased trading and settlement of dematerialized Government securities.

“I am therefore happy to report that just last night the Cabinet of Barbados took a policy decision brought by the Ministry of Finance to instruct the Chief Parliamentary Counsel to draft legislation to allow for the dematerialization of securities for debentures, treasury notes and savings bonds. This already exists for Treasury bills, but as we seek to bring Government into the 21st century, this modernisation of the way government does its business with citizens will bring tremendous benefit to further capital market development,” the Minister stated.

He outlined the benefits as being a safe and convenient way of holding securities, as the risks pertaining to physical certificates like loss, theft, forgery and damage are eliminated completely; securities can be transferred at an instruction only; the pledging of securities in a short period of time; and reduced paperwork and transaction costs, among others.

He pointed out that two weeks ago the Government launched its debt exchange to bring resolution to the domestic component of its debt. He explained that the Central Bank of Barbados would implement the debt workout through the issuance of dematerialized securities, thus making it easier for all investors.

Minister Straughn said that in addition to the introduction of this new legislation, Government would also amend other critical pieces of legislation to bring resolution to the domestic debt workout.

He stressed that in the very near future, holders of the Government of Barbados debt would find it easier to trade their securities as the dematerialized format allowed for such.  He added that the new debt instruments would also be issued in strips, thus allowing for greater flexibility.