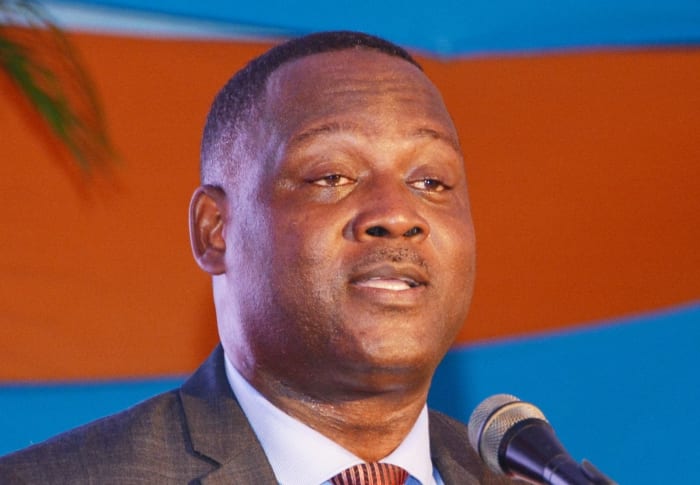 Transformational leadership is being touted by the island’s Industry Minister, Donville Inniss, as one of the basic tenets for effective public sector reform in Barbados.

Addressing today’s Public Sector Conference hosted by the Institute of Chartered Accountants of Barbados (ICAB) at the Hilton Barbados Resort, the Minister said public financial management reforms must be seen within the larger context of public sector reform.

Noting that over the past 20 years, the country has focused on reform defined by the creation, development and sustainability of an effective, efficient, customer-focused and results-oriented public sector, he stressed that genuine reform of the sector was perhaps more critical now than at any time in our colonial past.

“We cannot build a more resilient and sustainable economy focused on annual growth, unless we have a strong, vibrant, efficient and visionary public sector. Even diehard private sector believers like myself, must accept that a well-structured, managed and led public sector is very key for national development,” Mr. Inniss maintained.

Emphasising that the public sector first had to be led by transformational leaders and not entirely by transactional leaders, he defined this type of leadership as, “a process that changes and transforms people” and concerned with “emotions, values, ethics, standards and long-term goals”. And, he said at all levels of the public service, including at the political level, Barbados needed leaders who would positively transform, not just seek to maintain its systems.

The Minister also called for the distinction to be made between a manager and a leader, and noted both needed to be deployed according to their skills and the requirements of the particular Ministry or department.

ICAB representatives also heard that in the public sector, personnel review systems needed to be taken more seriously.  Mr. Inniss observed that despite all of the training, there still seemed to be a culture of fear of honest assessment of staff at all levels.

“We still too much want to reward incompetence and inefficiency by giving glowing reports on each other for fear of reprisal. We must all focus on an assessment system that is designed to be continuous and that helps weak individuals become stronger.

“Related to this is the growing need for a fit-for-purpose human resource management system. There are just too many persons placed in positions purely because of academic qualifications,” he contended.

The Minister also stated that the human resource and financial management of Government had become too centralised, bureaucratic and without the use of adequate technology. And, while noting that to achieve a higher level of public sector reform technology had to be deployed and utilised across it, he stressed its usage was critical to customer interface.

Mr. Inniss, who is also responsible for International Business, Commerce and Small Business Development, said he saw no reason why nearly all applications for services before Government departments could not be done electronically and decisions communicated likewise.

Conceding that in some instances hard copies of documents were necessary, he however noted that some of the department and agencies under his Ministry had been tasked with urgently developing systems for submitting all applications and supporting documents in an electronic format.