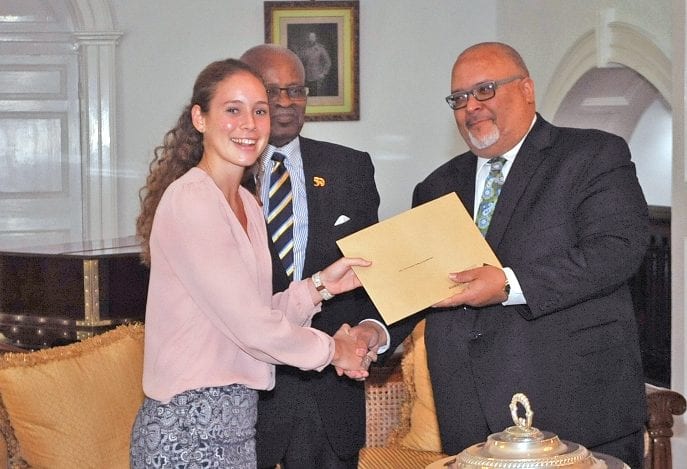 Twenty-two-year-old Trinidad and Tobago citizen, Simone Delzin, is the 2017 recipient of the Commonwealth Caribbean Rhodes Scholarship.

She was one of the nine candidates interviewed yesterday at Government House by the Rhodes Scholarship Selection Committee, chaired by Governor-General, Sir Elliott Belgrave.

Speaking to reporters, following the brief announcement, she explained that it must have been “quite a tough decision” for the judges, having to select only one candidate.

“I honestly cannot believe it. I’m still in shock…everybody is so well qualified. So it’s not one person here who I can say does not deserve the Rhodes Scholarship. Every single one of these students is phenomenal in their field of work, their service and their sportsmanship…” she stated.

Each year, one Commonwealth Caribbean Rhodes Scholarship is awarded. It allows the successful individual the opportunity to study at the University of Oxford.