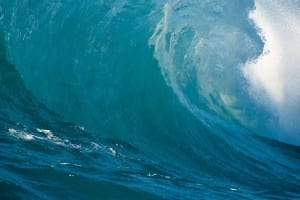 Members of the public are asked to note that activities scheduled to mark the inaugural World Tsunami Awareness Day, originally slated for last weekend, will now take place on Saturday, November 12.

The Department of Emergency Management, in conjunction with the St. Lucy District Emergency Organisation, will stage an evacuation simulation exercise in Sherman’s, St. Lucy, beginning at 2:00 p.m.

The starting point for the simulation exercise is the Half Moon Fort Primary School in Sherman’s, St. Lucy, and residents are being encouraged to participate in the exercise.

Officials at the DEM are also reminding the public that it is just an exercise drill and there is no need to panic. The simulation exercise was originally scheduled for last weekend, but was postponed due to the inclement weather.

November 5 was designated as World Tsunami Awareness Day by the United Nations General Assembly, and its first observance is expected to focus on effective education and evacuation drills.

Tsunamis are rare, but they can be extremely deadly. According to data from the United Nations Office for Disaster Risk Reduction, over the last 100 years, more than 260,000 people were killed by 58 separate tsunamis.

To find out more about World Tsunami Awareness Day, persons may visit the wesbite of the United Nations Office for Disaster Risk Reduction.