Two More Consultations On The Society 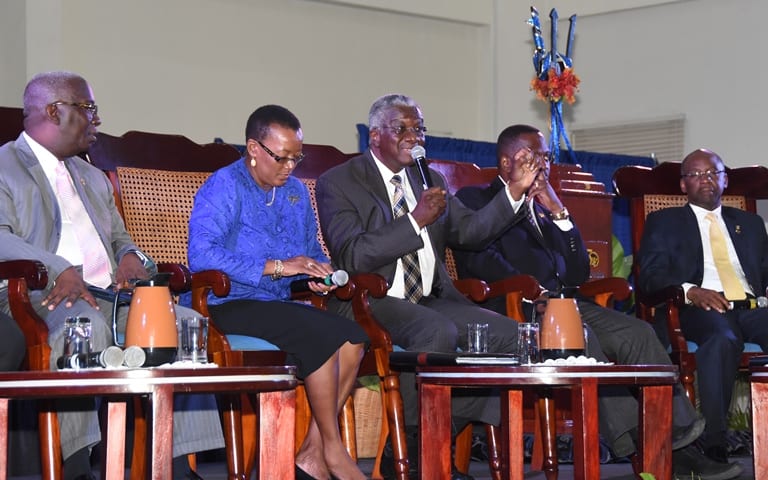 Government will host two additional consultations on the society before the report to Cabinet on that topic is finalised.

Prime Minister Freundel Stuart made this disclosure on Wednesday while delivering the feature address at the opening of the Barbados Network Consultation 2016 (4th Diaspora Conference) at the Lloyd Erskine Sandiford Centre, themed: One Nation, One Family: Celebrating 50 years of Independence – Shaping Global Citizens.

Mr. Stuart noted that a comprehensive National Consultation on the Society had been held last week and it would be enriched by the two sessions.

While delivering an address at the opening of that consultation, the Prime Minister underscored the importance of protecting the society from various threats, saying the world had become unstable, with “unprecedented” violence.

He identified social alienation, frustration, insecurity and disillusionment as the “demons” the western world, including Barbados and the Caribbean, from which they must protect their societies.

After the consultation, Minister of Culture, Sports and Youth, Stephen Lashley, whose Ministry had lead responsibility for the consultation in collaboration with the Ministry of Social Care, said the discussions were very engaging, and revolved around many of the issues facing the Barbadian society, as revealed by persons attending the session.

Mr. Lashley said that in planning for the upcoming consultations, the feedback received from the participants attending the previous session would be factored in to ensure that issues already flagged could be further explored and dissected, with a view to finalising a priority list of key recommendations to be considered by the Cabinet.