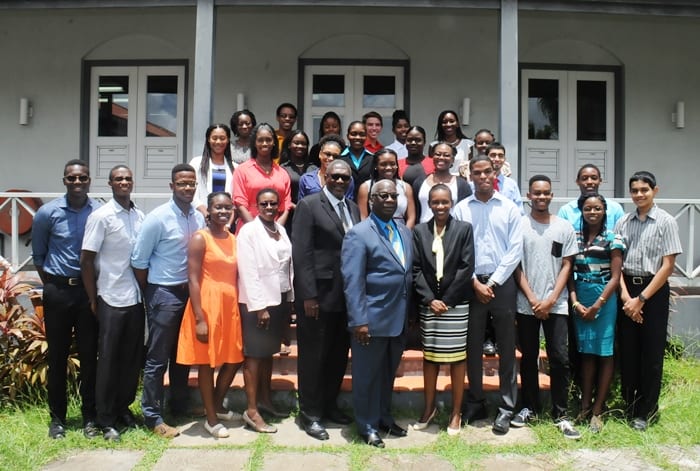 The Government of Barbados has awarded a total of nine scholarships and 20 exhibitions to students who excelled in the Caribbean Advanced Proficiency Examinations (CAPE) or in an Associate Degree programme at the Barbados Community College (BCC).

The number of exhibitions rose from 18 to 20 after further scrutiny of the CAPE results revealed that students Mya Mayers and Kristopher-Ross Justin Fields of Harrison College were also eligible for exhibitions.

Minister of Education, Science, Technology and Innovation, Ronald Jones, announced the additions recently, while meeting with this year’s scholarship and exhibition winners at his Ministry.

Noting that the overall number of students awarded was less than in previous years, Mr. Jones encouraged them to be “global citizens” who were not only academically inclined but were well-rounded in various fields. He congratulated the scholarship and exhibition winners on their achievement, and wished them success in their future endeavours.

The Christ Church Foundation School received one exhibition, while two students from the BCC and two from The St. Michael School copped the remaining four exhibitions.