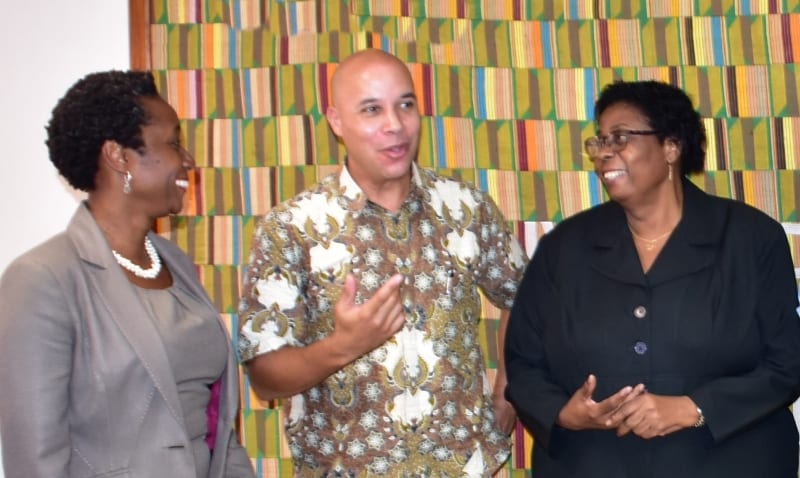 They are François Jackman, who has been appointed Ambassador to China, and Joy-Ann Skinner, who is the new Ambassador to Belgium and the European Union.

Ambassador Jackman, the former Co-director of the Confucius Institute at the University of the West Indies, Cave Hill Campus, joined the Ministry of Foreign Affairs in 1995.

He served as First Secretary at the Embassy of Barbados in Brussels, Belgium, from 1998-2000 and Chef de Cabinet of the Secretary-General, African, Caribbean and Pacific (ACP) Group of States in Brussels, from 2000-2003. There, he was responsible for coordinating the work of the Secretary General with respect to trade negotiations with the European Union (EU) and the World Trade Organization.

Ambassador Jackman was entrusted with the responsibility for establishing the Embassy in China between 2009 and 2010 and subsequently served as Counsellor in the Embassy until 2014.

In 2015, he was Chef de Cabinet and Special Coordinator for CARICOM Affairs in the Prime Minister’s office, during Prime Minister Freundel Stuart’s Chairmanship of the Conference of Heads of Government of the Caribbean Community.

Ambassador Skinner has been in the diplomatic service for over 20 years, during which she has had leadership positions spanning all of Barbados’ bilateral and multilateral relationships.  During her earlier assignment in Brussels, she served as chairperson of the ACP States Working Party on Rum, and Secretary to the Caribbean-European Union Chamber of Commerce and Industry, which focused on promoting the export of goods and services from the Caribbean to the EU.

Ambassador Skinner has a sound knowledge of trade issues related to the CARIFORUM/EU Economic Partnership Agreement. She also has private sector experience, having worked as a senior trade executive with the West Indies Rum and Spirits Producers Association.