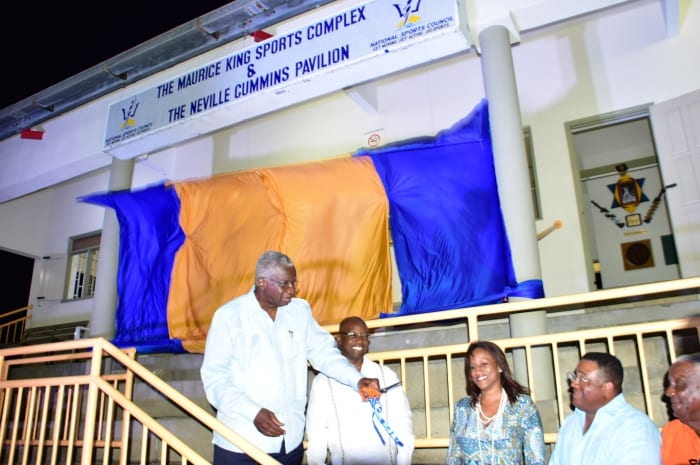 Government has recognised the contributions of Neville Cummins and Sir Maurice King to the development of the Briar Hall, Christ Church community.

“This evening signals a high point in our nation’s commitment to recognising the toil and sweat of our citizens who, with unselfish love for their country, stopped at nothing to give definition to the shaping and making of a nation we can be proud of,” he stated.

According to the Minister, the late Neville Cummins had the foresight to appreciate that Barbados was not only an economy but a society.

“He went beyond the call of duty to anchor social realities in sports and agitated for this very sporting facility here at Briar Hall and the activation a vibrant cricketing community,” Mr. Lashley remarked, adding that Mr. Cummins exemplified the “true spirit of volunteerism” and contributed to the building of a generation of future sportsmen and women in that community.

The Minister went on to describe Sir Maurice King, a former parliamentary representative for the area, as a “model citizen”, whose contribution to the club was tireless, as he was “always willing to give his time” and advice to members of the club.

“[He] used his influence to ensure that adequate playing facilities for the community were in place, especially after having to move from the original ground further north after the ABC Highway was built,” Mr. Lashley explained.

He noted that the facilities had seen “significant development” over the years, with the installation of lights, hard courts, and soon-to-be completed practice wickets for cricket. There are also plans for a squash facility.