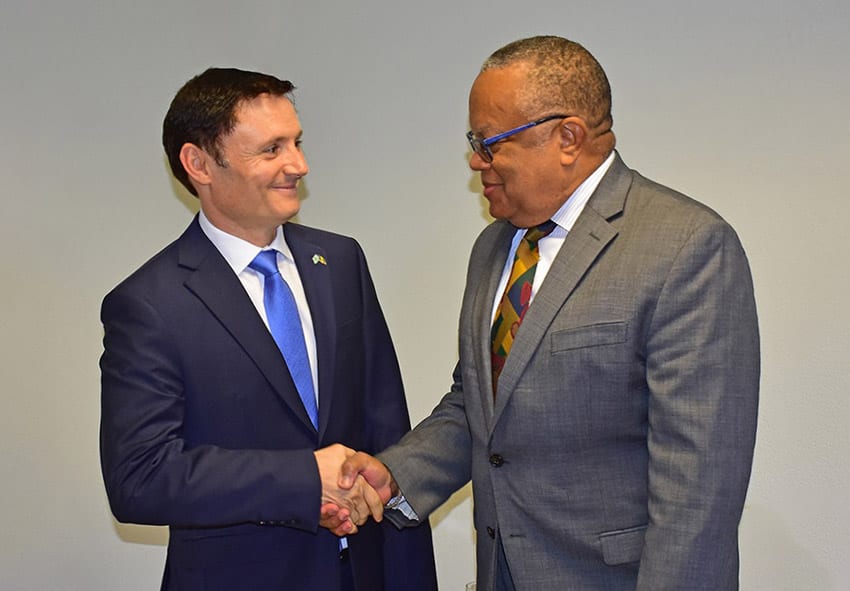 During the courtesy call at the Ministry on Culloden Road, St. Michael, they discussed several matters, including global warming, the graduation system for countries and the reform of the UN Development System.

Minister Walcott stated that the graduation criteria, which is founded on an economic classification based solely on GDP, placed Barbados and other small island developing states (SIDS) at a disadvantage to access concessionary financing and development aid.

“The problem with graduation is that it is done at per capita income and this puts us at a disadvantage. We have been at the forefront of SIDS and we are concerned about global warming.  As a small state prone to hurricanes and natural disasters, we are concerned that there is more talk than action. We are fighting to achieve the sustainable development goals, but we are faced with the possibility that we can be devastated by hurricanes, which can set us back for years,” he said.

The UN Resident Coordinator, who assumed duties on January 16, this year, said a more targeted approach and a greater focus on collective results can be expected from his office. He added that sustainable development will remain a priority with Agenda 2030, as an imperative for change.

“I see my role as a partner who can convince, connect and modernize, and a bridge for resources to help support national priorities,” he assured, noting his office remains committed to working with Barbados.