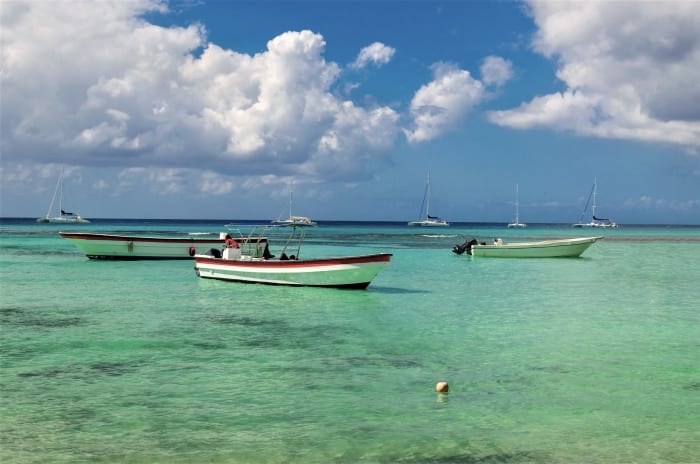 Barbados stands to benefit significantly from a thrust by the United Nations Conference on Trade and Development (UNCTAD) that will help Small Island Developing States (SIDS) initiate projects that make use of marine resources.

Dubbed the Oceans Economy and Trade Strategies (OETS), the project seeks to implement the United Nations Sustainable Development Goal (SDG) 14 that speaks to the conservation and sustainable use of oceans, seas and marine resources for sustainable development.

The oceans economy has been described as an integral part of today’s development paradigm, where emphasis is on greener and more sustainable and inclusive economic development paths. These are all consistent with the 2030 Agenda for Sustainable Development and the SDG’s Goal 14.

According to website information, OETS will assist coastal and insular developing countries, particularly SIDS, like Barbados, “in promoting the sustainable trade of products and services in ocean-based economic sectors by analysing, elaborating and adopting evidence-based and policy-coherent ocean economy and trade strategies and contribute to building national capacities to implement them”.

Barbados, however, is not the lone Caribbean country set to benefit, as the project is also being initiated in two others, namely Belize and Costa Rica. A recent visit to the island by UNCTAD’s Legal Officer, David Vivas Eugui, underscored the significant value of the project not only to Barbados but the others as well.

While hailing Barbados as the first of the three island states to readily endorse the project, he said it would seek “to realise economic, social and environmental benefits for developing countries in the marine environment”.

He acknowledged too that OETS had the cooperation of the Office of Legal Affairs/Division of Oceans Affairs and Law of the Seas of the United Nations and the Commonwealth Secretariat.

Elaborating further on the involvement of the three territories, Mr. Vivas Eugui told the Barbados Government Information Service (BGIS) that in addition to OETS’ focus on SIDS, the project aimed to address coastal and island developing countries.

“In that sense, when we presented the project before the United Nations and we asked those countries who had internal policies and interests in developing their ocean’s economy, the Blue Economy, to express interest, these were the first three countries in the whole world who said ‘we want to do it’. So, Barbados came first and Barbados got it first,” he explained. 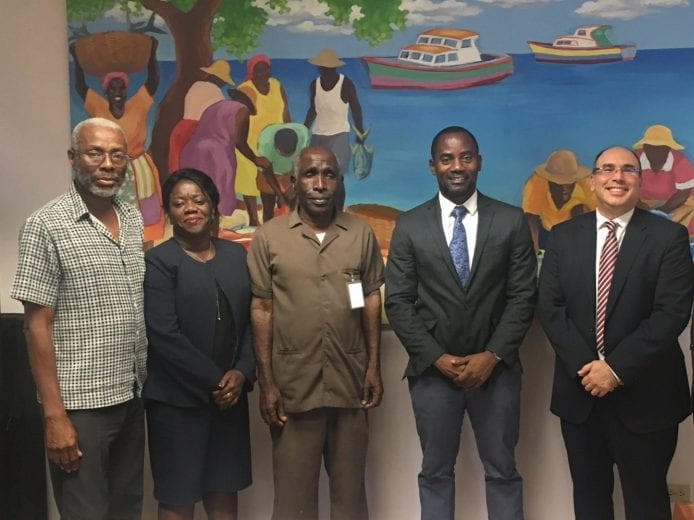 While here, Mr. Vivas Eugui facilitated the first in a series of workshops conducted by UNCTAD at the headquarters of the Fisheries Division on the Princess Alice Highway. Not only did he register his satisfaction with the level of participation, interest and knowledge shown by stakeholders in the marine sector, but the UNCTAD representative was also pleased with the visit by Minister of Maritime Affairs and the Blue Economy, Kirk Humphrey.

Stressing that this spoke volumes, for the project, he said: “That visit gave a lot of enthusiasm to all the participants; this was a Minister that chose this interest over anything else that is happening in the country, that is relevant to this matter; that is relatively new.  He engaged; he expressed his support for the project and he met each and every one from the different stakeholders’ organisations.”

With the OETS project having been conceptualised under the framework of the SDGs, the UNCTAD official acknowledged it is the mandate of the United Nations to support the ocean-based sectors.

He, therefore, noted that this could see emphasis placed on activities related to such areas as maritime transport, fisheries, sea-bed mining, oil and gas offshore and renewable energy including that generated from tidal movements.

The project, which is funded to the tune of US$600,000, is expected to last for four-and-a-half years. Explaining that it involves various processes of learning, selecting, strategising and capacity building, Mr. Vivas Eugui said for Barbados it first entailed identifying about 12 ocean-based sectors before whittling this down to four. Later, there will be the selection of only two sectors.

“Many of them are less than 20 years in economic terms. So, by doing that, the country will learn how to assess the sectors; they will learn how to optimise and maximise opportunities; how to regulate, promote and enable them and at the same time design a strategy on how to do that in practice within the country and according to local needs.  Finally, it would end in some capacity building activities so that priorities identified by Barbados can be achieved,” he pointed out.

Having assisted with the two-day information gathering session, the official said UNCTAD would itself be better able to understand the four sectors that were selected by Barbados – namely Marine Fisheries, Marine Aquaculture, Seafood Manufacturing and Processing and Coastal and Marine Environmental Services – as well as address the priorities identified by stakeholders.

He said: “We are in the process of interacting and doing the research so we can prepare inputs in the form of fact sheets and legal stories for the different stakeholders in Barbados, so we can define the policy…. We are managing the project and implementing it jointly with Barbados on a demand-driven basis and our role is to ensure that through the process all the outcomes are achieved and Barbados, at the end of the project, has the capacity to do it itself for these four sectors.”

While Mr. Vivas Euguis noted that the main outcome Barbados could expect is clarity on a strategy to develop two of the four above-mentioned sectors, he said this could entail addressing increases in output, production, exports, and jobs and drawing attention to how we manage environmental impacts, avoid negative externalities of the process, lessen the depletion of natural resources and reduce waste in the process.