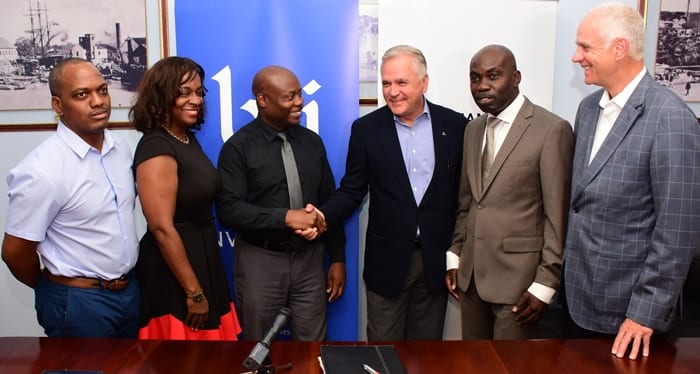 The Wyndham Sam Lord’s Castle Resort will be the largest hotel real estate investment in this island’s history, and up to 1,000 Barbadians are expected to find employment there during the operating phase.

Mr. Phillips told the media: “The configuration of the resort has been informed by research which suggests that tourism is in the middle of an ongoing psychographic shift from the self-indulgence and conspicuous consumption of the 90s, to a consumerism reflecting present day societal values – environmental conservation, civic duty and personal wellness….

“Based on this, we have designed a product which represents a package of features and programmes aimed not only at creating high levels of patronage, but also high levels of guest emotional attachment to the resort. This is particularly important as research shows that guests who are fully engaged are less sensitive to price because their emotional connection with the brand moderates their concerns about cost.”

He pointed out that the redeveloped hotel would consist of 450 suites, a flexible meeting space and a large spa.

Mr. Cruz del Rio described the hotel under construction as a “game changer”, not only for the Caribbean, but worldwide. He said the Wyndham brand was a leader in the hospitality industry and pointed out that it now had about 9,000 hotels in 77 countries.

“In the pipeline, we have over 59,000 new rooms in North America and 138,000 rooms worldwide. Sixty-seven per cent of these are now under construction…,” he disclosed.

He noted that in 2016 a new loyalty programme was launched and it was now ranked number one in the world. “What is important to this is that we have over 50 million members in that programme now and all of these are potential clients for Sam Lord’s Castle,” he said.

Wyndham Sam Lord’s Castle is expected to open in the latter half of 2019.