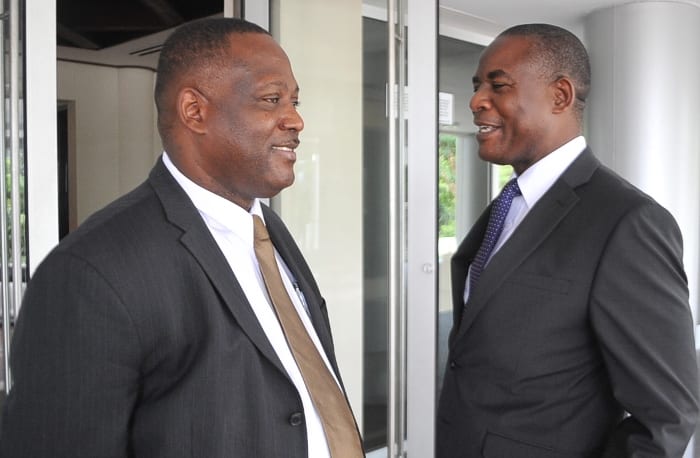 Barbados’ overall rating on implementing the standard on transparency and exchange of information has been upgraded from partially compliant to largely compliant.

International Business Minister, Donville Inniss, made this disclosure today, as he addressed the Institute of Chartered Accountants of Barbados’ 23rd Annual Conference at the Lloyd Erskine Sandiford Centre.

Mr. Inniss stated that as a result of the upgrade, entities that were previously unable to access financing from some international financing institutions because of their policy concerning countries with partially compliant ratings, could now do so.

The Minister, who recently returned from Tbilisi in Georgia, Russia, where he led a delegation to the Global Forum Plenary, told attendees that despite this victory, “there was still much work to be done”.

“…work is ongoing to implement the Common Reporting Standard for automatic exchange of information in 2017 as an early adopter, while we also prepare for our next Peer Review in the latter half of 2018,” he shared.

Noting that the new rounds of Peer Reviews were currently under way, Mr. Inniss explained that countries would be assessed based on the Global Forum’s 2016 Peer Review methodology, which now includes a focus on beneficial ownership and the quality of exchange of information.

He further added that Barbados was preparing for a mutual evaluation by the Caribbean Financial Action Task Force, and an assessment team was scheduled to conduct a site visit in December.

“This review will assess our effectiveness in implementing the recommendations concerning knowing your customer and anti-money laundering and counter-terrorist financing.

In this regard, a delegation is in the Turks and Caicos attending a plenary of the Caribbean Financial Action Task Force as part of our preparation for our mutual evaluation,” he stated.

The theme for this year’s conference is: Barbados at 50 reaching beyond this horizon.