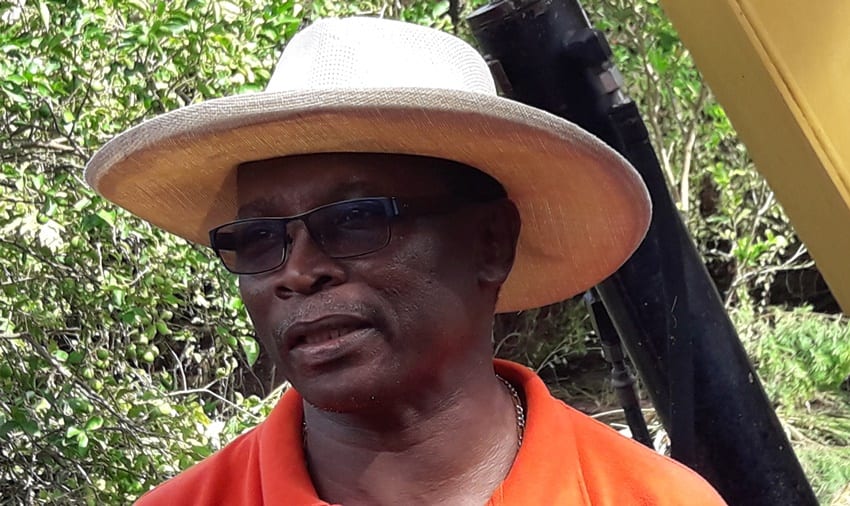 Though satisfied with the involvement of youth in this year’s Agrofest, Minister of Housing, Lands and Rural Development, Denis Kellman, wants to see more utilisation of the land area around the island as spaces for food production.

Acknowledging he was not against international trade, he said his idea of import substitution meant “just producing what you know you can produce even if it is just produced for yourself”.

With Youth Farming The Future, the theme for Agrofest 2018, the Minister went on to commend their involvement saying: “I am very happy to see that the youth had responded to what we’ve been saying at the RDC because as you know we have been touting the idea that it is the youth that would have to make the change.”

While stating that every time he saw someone growing something it was increasing the growth of Barbados, Mr. Kellman said: “When one considers the amount of land that we have that is not being worked at the present moment, I believe that the only way we can sell that is [by] turning to the youth.”  Elaborating further, he noted that given the great demand for land, Government might have to look at the probability of acquiring some land for the public to work.

Using the example of rab land and some house spots where persons lived overseas as providing large acreage for youth and others on the block to be given to work on, the Rural Development Minister added: “Instead of having to pay every month or year to clean the lot, it may be better to give it to the brothers and sisters on the block or the young men, now leaving school and so on, to work the land until they [owners] are ready for it.”

He was also full of praise for the Rastafarian community, as well as persons utilising their backyards for planting vegetables and fruits.

“All of this has been encouraged through the Rural Development Commission. This is something that we have set up funds to do and we look forward to people continuing to get the support, recognising that once [the crops] grow they would be able to sell the produce and be able to repay loans under the RDC,” Mr. Kellman stressed.